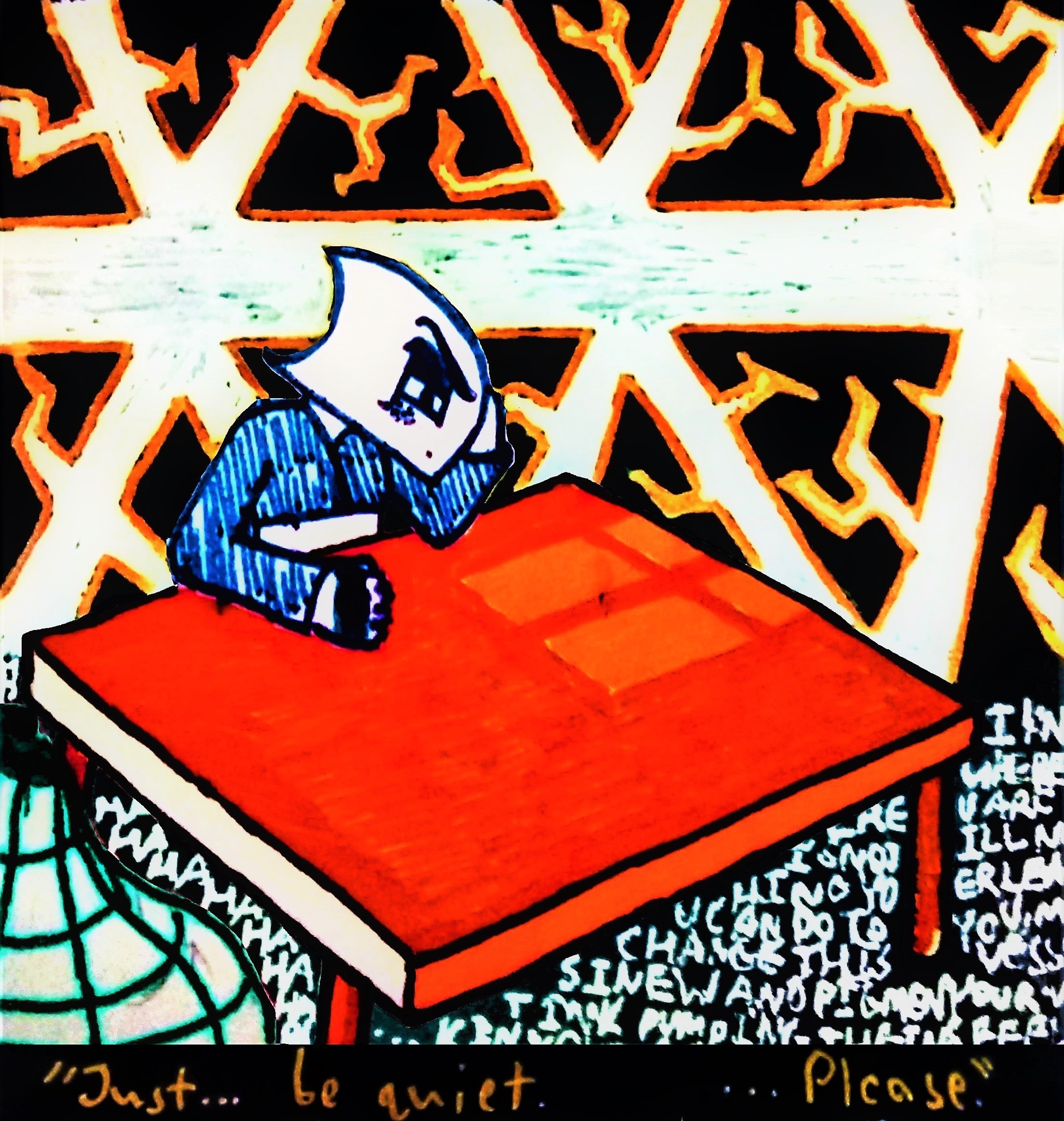 The air inside the room was cold.

Inue blinked as she stretched her arms out, sitting cross legged on her cot as she began the process of starting her day. She let out an undignified yawn as she felt the satisfying sensation of her muscles loosening up.

After Azuo had left, Inue had been left alone in the house with little to do.

While she had stayed in bed for a fair few minutes after he had departed, she couldn't quite bring herself to go back to sleep. No matter which position she lay in, or what she attempted to think about, she was awake and as rested as she could be. Her mind simply wouldn't allow her to fall back into the realm of slumber from whence she came.

And her body wouldn't allow it either.

Almost since the moment she woke up, she had been experiencing pain in her left hand. Although minor when Azuo had been present earlier, she soon found that the strange feeling in her hand had become painful and unpleasant. With little recourse, however, and seemingly no ability to go back to sleep, she eventually decided to get up.

"Rrrrr fine," she had said to herself, frustrated.

Now, Inue began to get up from her position on the bed. She uncrossed her legs, placed her left hand on her knee, and immediately regretted it.

Inue hissed when she put her weight on the hand. She felt the sensation of skin, cells, and sinew shifting and squirming in response to the sudden stimulation. The feeling of pressure coming from within her own hand combined with the sting of a not yet healed wound had forced her to pause.

She glared at her left hand as she grit her beak. Her brow furrowed, and after taking a moment to recuperate, she used her other hand to stand herself up.

Carefully, and slowly, she raised herself to her feet - being incredibly mindful of where her left hand was at all times in the process. She held her breath as she achieved balance, and only once she was absolutely certain that the services of her bandaged hand would no longer be necessary did she let that breath go.

Inue looked at her left hand once again.

She felt the skin under her wrap shift, as though it were trying to wink at her. She felt a disgusted shiver roll down her spine, and she saw a splotch of copper pigment beginning to form.

Feeling the physical sensation of revulsion in the back of her throat, Inue quickly made her way over to the sitting pillow by the table. She watched as the sun beams from outside created the impression of the window on the table, which slowly crawled along the wooden surface.

Inue sat down at the table, and glanced around for some way to distract herself. After a moment, her eyes landed upon something which had briefly slipped her mind - her bag!

The bag lay right next to the table, the lip slightly agape. It was situated closer to the opposing end of the table, away from Inue.

Inue tilted her head, as she noticed the sudden sound.

She couldn't quite pinpoint where they were coming from. They weren't from outside, or any particular direction.

In fact, they appeared to be coming from... beneath the floor boards.

She put her head in her right hand. She began to hear her heart beat, and felt a miasma come over the room. A feeling of pressure began to form from behind her eyes.

Slowly, the voice began to get louder. It was... unlike most anything she had heard. It was a voice like a thousand voices, of every pitch imaginable and yet none at all.

And it was coming from beneath the floorboards.

Every time she was able to make out a particular phrase or word, it was swallowed by a vast ocean of other phrases and words. In spite of that, however, Inue knew they were mocking her.

She wasn't sure how, she just knew.

The pressure from behind her eyes - and inside her hand - caused her to squint. She clenched her bandaged fist as she felt the inner muscle and tissue pulse and contract.

All the while, the voice of voices became louder. More distinct. More clear. And...

The voice of the entity battered her ears. A migraine took over her senses - pain, pressure, more pressure - and she shook her head. Her eyes began to mist.

The air inside the room was cold.