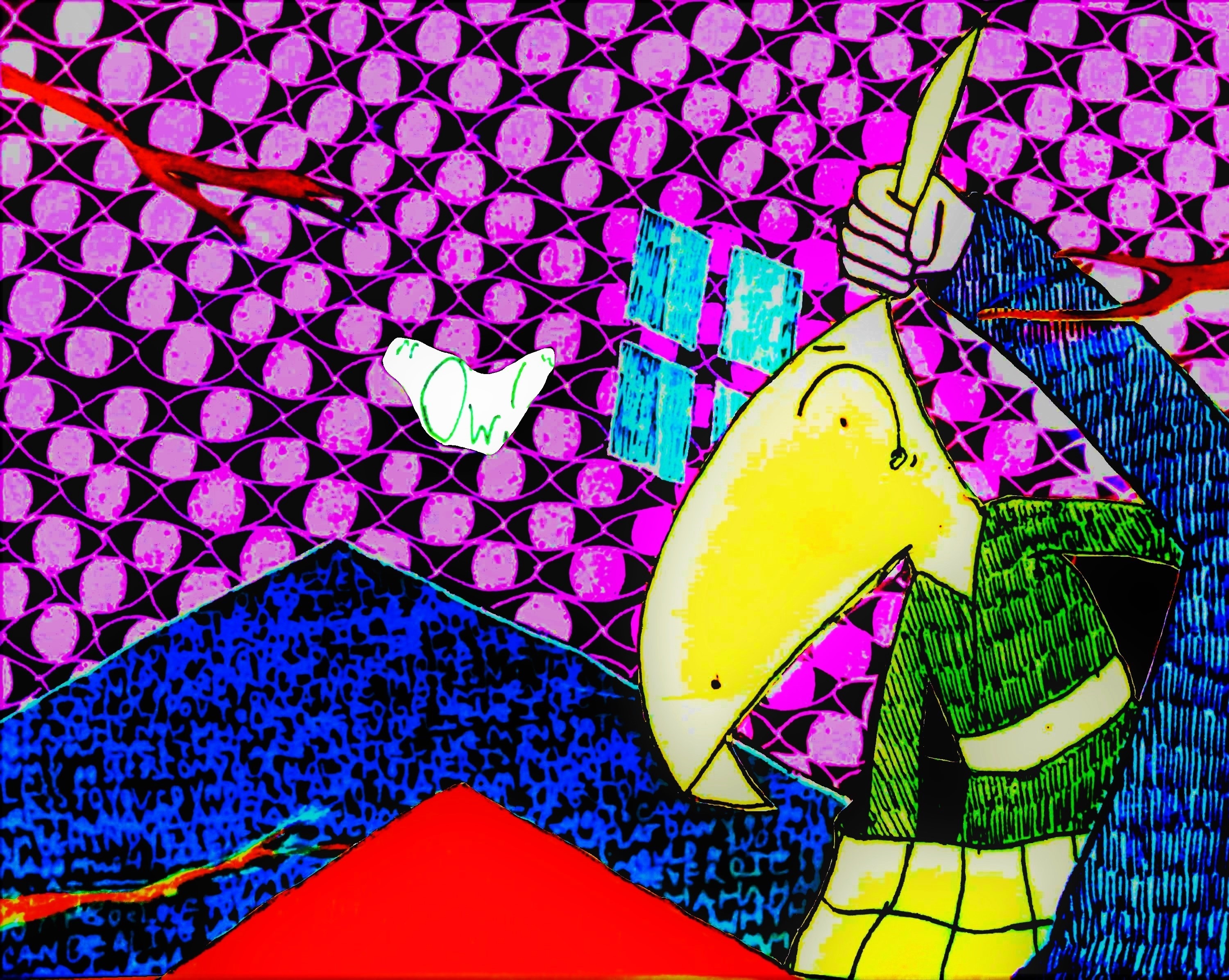 Inue's head lay buried in her arms, which were crossed at the edge of the table. Her eyes were closed tightly, as her head was assaulted by a splitting headache, the echoing singularity of a thousand voices, and her own heartbeat.

She wasn't sure why what was happening was happening. She could presume that her wound had something to do with it - and the entity definitely did - but the effects would have mystified Inue had she the capacity to think about it in any depth. Unfortunately, aggressive mental assault did not induce one to contemplation.

A pit had formed in her stomach, truth be told. The pit was long, deep, and cold. She was in a cold sweat, and her hands shook as she had her head down.

To be completely frank, Inue was scared.

There was a not insignificant part of her that was worried. Worried that she was going to have to deal with things like this for the rest of her life - after all, if even a healer like Nisuo was at a loss, what hope was there for a solution in the immediate future? And what would the response be? Compassion from her brother, sure, but what about the rest of the priesthood? Her parents?

She clenched her fists, ignoring the sting in her left hand.

There was too much uncertainty clogging up the air - and the rattling, ringing voice of the entity from beneath her certainly wasn't helping matters.

After a moment more, buried in her own arms and smothered in her own negative thoughts, Inue was tired. She was not enjoying herself in the slightest...

... and she didn't appreciate some specterly intruder making it's home in her perception.

With a furrowed brow, and a furious heat in her stomach, Inue lifted her head.

Her vision was encased in a prism of impossibility. A shimmering procession of eyes, masks, and ideas surrounded her - her room, in turn, seeming as though some sort of post-sanity platform in a plane of perturbance. Her floor seemed to be vibrating with life, each board having melted into one another in some mysterious way.

Inue defiantly ignored the nonsensical psychedelia which surrounded her. She would not allow something like this entity to get in the way of her day. Sure, perhaps her head hurt, and her hand pulsed, and her heart throbbed, and her breath was unsteady, but even still, she refused to simply be defeated by this mental invader.

Inue turned her gaze to her bag, which sat on the ground beside the table. Though... wait, wasn't it supposed to be on the table?

Inue reached over to the bag, and grabbed the lip. Whether this was a matter of misremembrance, or a further distortion of reality, was hard to say. Either way, Inue decided that her first act of true rebellion against the sensation-based cranial assault would be to do something incredibly simple, yet necessary.

She was going to take a niser fruit...

Inue opened the bag, and reached inside. At first, it seemed much larger inside than she had remembered - and it was already quite large - but she wrote that off as simply another perceptual anomaly. After having grasped around inside for a fruit, however, she did not find the familiar texture. Rather than the rind of a fruit, she found the texture of... scales?

After having taken a deep breath, Inue raised her hand suddenly out of the bag.

And was dumbfounded to find a creature the likes of which she had never seen before.