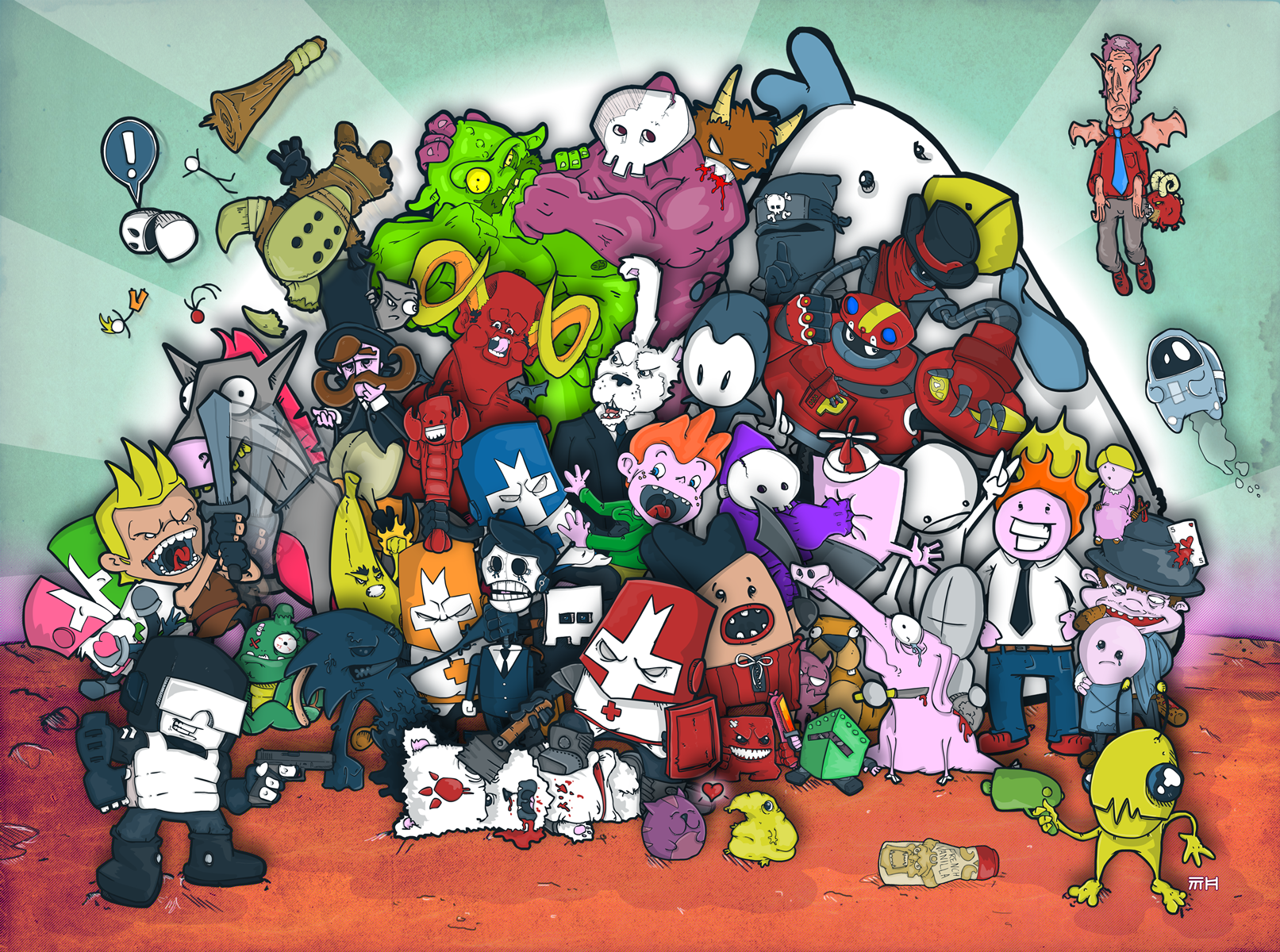 You dont want to know how many hours were put into this... how many other projects were neglected- yikes-

Ive never tried out for the calendars in the past and always regretted it so I wanted to make sure to do something for the 2011.

I tried to squeeze in all of my favorites from Newgrounds. I understand I may have used a few characters that are not necessarily "Newgrounds Sponsored" but all their characters can be found on Newgrounds- and that is where I saw them.

Thanks to Newgrounds for providing us a site to display and show off our hard work and passions. I am happy to be a part of the community.

Edit:
Updated image - removed big NG in the corner and shrunk my sig- moved it in closer.
Full version at: http://www.yellowbouncyba ll.com/Storage/calendar_m aster_edited.png

who is the green fellow next to Dad and behind Satan

This is really good

Well I have to say that this piece is really good and shows a lot of different characters and such a lot of the old and new popular ones anyways, very colorfull and well done piece of art here and for that I commend you on a piece well done.

~~THINGS TO IMPROVE ON~~
Would be nice if you had added some of the less popular ones or somewhat semi popular.

This is awesome! Who's that little guy with a jatpack in the right corner? I want to feature him in my Pico Day 2015 entry but I don't know where he's from. :p

Wow, what a masterpiece. So many characters packed together in one piece of which I don't even recognize half. Have I been missing out on NG history or what? All the important characters like Hominid, Castle Crashers, pico, Taknmen, Hank (or is it another?), the Behemoth, P-Bot and eh... whatever-they're-called are all there. It's a detailed work of art too. I like the texture on the ground, somehow it feels like an NG kind of texture, the diag lines, haha. Keep it up!

I honestly don't think I've ever seen so many Newgrounds characters in one place! I mean it! I can simply go on all day about how there are so many characters seen in this! It's great to see nearly every single popular character here being represented the way they should be! There's only a couple I don't recognize like that bloody white furry thing on the ground that looks like a Moogle. As a frequent reviewer, you get to see a lot of underrated characters.

Some of you guys might miss some. There's the guy from the "Fancy Pants Adventures" series going off in some random direction. I think the best looking character here might be Dad. Of course, that might only be because he's more onscreen than any other character. You've got Tankmen, the Castle Crashers, Larry, Dad 'N Me, the alien from "Alien Hominid", Bitey, the green guy and other business guy from "Facebook Twitter" and everyone else! A true masterpiece!

Thanks! The white furry dude on the floor is from the Castle Crashers game.