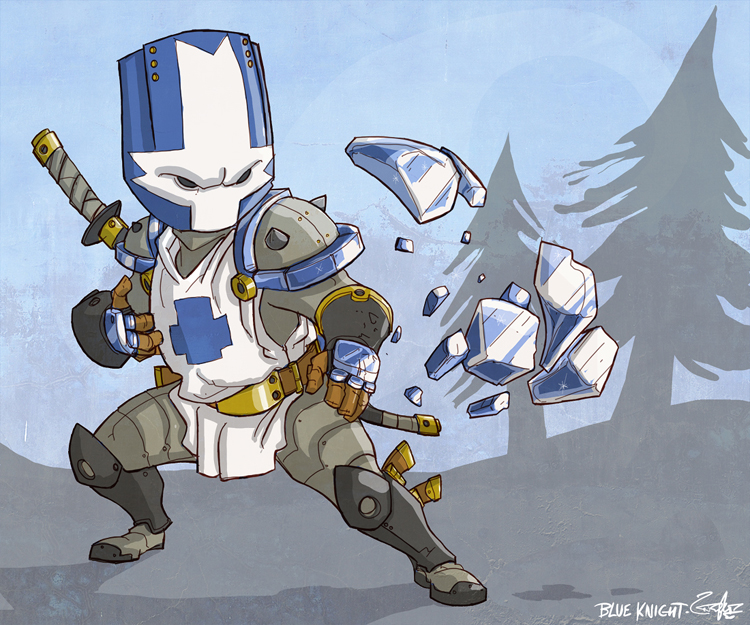 it's the blue knight! ready to ice enemies and freeze foes!

blue was always the big crowd pleaser for all my pals on the couch with his super awesome sub-zero powers. since i found his magic to be always maxed out for every body i made him more of a spiritual warrior. always keeping his cool, the blue knight here is shown focusing his icicles and donning a wicked cool katana.

The Best Knight has just been made even better. Not only does he sport the best color, his Power is the most practical for everything.

Just when you thought there couldn't be any more bad*ss poses the knight could have! I know this is probably irrelevant, but blue is my second favorite color, next to orange. I like he's just shown doing what he's supposed to do, break ice and destroy things. The shadows are nicely done too. I think his depiction was a tad more realistic than most of his appearances. It's great how a wide variety of colors is used for his armor.

I can see why Dan Paladin likes this one so much. It doesn't try to be too fancy or anything, just depict a character being awesome. It's great that he has a pretty grim look on his face too. Everything has just been with these guys. The blue color scheme works really well with him.

Awesome art man. Castle crashers are awesome. U should keep on making more. and can u do me a favor and draw the red knight? Thnx

This is totally great, i only have one thing to do though... *highfives*!!!

thanks a bunch for the highs core pal!