For the month of February we have disabled ads on all E-M content. We need 204 people to reach our goal of 3,100 active supporters. If we hit that, we'll continue with a new goal in March! 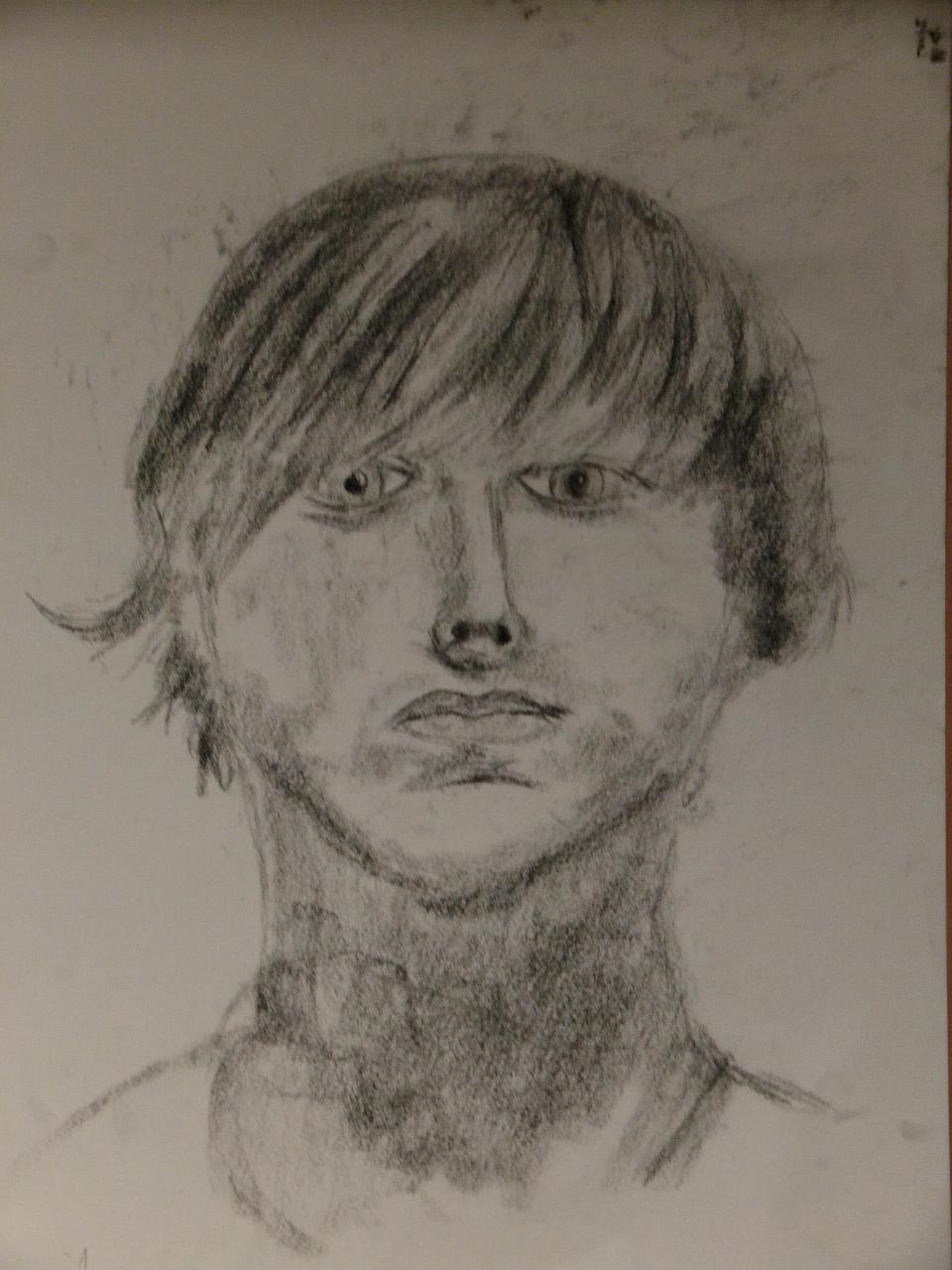 Nick as a bigger douchebag.

I still think about the neck when I sleep 080
jaw line like a Picasso painting after the mental disorders <3
I've never seen a nose more sculpted out, elongated to the winds of playdough *o*
hair like a preteen renaissance friar and eyes more dreamy than Charles Manson.

The way you have drawn him - the proportions with the head, how you have done the nose, and the way the eyes are - put me in mind of what you would get in you were looking at someone taller then you and they had tilted their head back a little to 'look down their nose at you'. Though, with that pose, the chin point would not be so prominent, it would look more flat instead.

They symmetry is off, but that is tricky to get right anyway and comes with practice. For a regular, face on view portrait, the changes in proportion I would advise are this:
1. The proportions for a human head is (to my limited art knowledge for humans) basically a circle with the jaw attached to the bottom. This is a circle with just the chin attached. Close.
2. For eye spacing, you need the space for a third eye in the middle (you have this here), but only space for about half an eye either side. Not including hair fluff, you have space for a full eye either side. Take that space in more and it would look much more in proportion. Also, aim to have the eyes just a fraction above half way down the head. Having them up a little like this is as you would do in a 'head tilted back' portrait.
And 3. Eye shape. For the average eye, the inner corner of the eye is low with the lower lid dipping down a fraction as it follows the curve of the eyeball out, but that is it. Most of the eye rests above the line of that inner corner. So more up curve then down.

The neck has been mentioned before by people and I agree it is a little long, though adding more jaw mass, as I said above, would take a fair amount of that away. The longer neck also adds to the 'head tilted back' look too, as more would be on show with that, though not quite this much I think. The thickness however is very close, just less then the width of the head as it should be - though you don't need to curve it out to match the lines at the side of the head, it doesn't do that so prominently and the jaw usually hides it in a strait portrait.

I like the hair. The light and dark differences make it look like it is ether catching the light or has highlights added, or both. The texture is good too.

All in all an interesting portrait with your perspective play. I have an enjoyed studding it.

Thanks, I won't be revisiting this one

~~REVIEW~~
and once again we have another intersting piece from fro, its a good sketching of someone, the eyes look neat and you did very well on the entire piece, you seemed to have capture a piece of art here, the eyes are the best part i thought

It looks like you drew the rough outline of the face and then concentrated on adding the facial features afterwards. I think from this, it just puts the eyes out of proportion with the rest of Nick's face and he looks quite weird.

I think that you could combat this effect by making it a little bigger - pan the shot out, take in Nick's shoulders and this would perhaps combat the effect of his 'thick neck'. I think that the hair is as wild as it looks from various of your videos, so not much could be done there, save for changing the style of it, which might take away from the whole piece itself.

Finally, there appear to be quite a few smudges in the top of the image - this can be countered by cropping the piece, before publication, to save on parts that look messy.

A very good portrait, especially the hair looks very realistic. The eyes are good as well, even though Nick's left eye seems to be a bit lower than his right eye in this picture. But maybe that's because his right eye is covered with more hair.

The nose is done nicely as well, I especially like the shadow on the alar wing of the nose, gives a nice impression of three dimensionality.

However, the chin isn't done that good. It also seems to be seen from the wrong perspective (but maybe that's just me). We can see the nose from slightly below and also his eyes look down a bit, but it seems as if we can see the chin from slightly above, as if I would stand right in front of him.

Also the neck is a bit too long, almost as big has his head.

I read it all, but don't have the desire to respond to it all. I agree though.