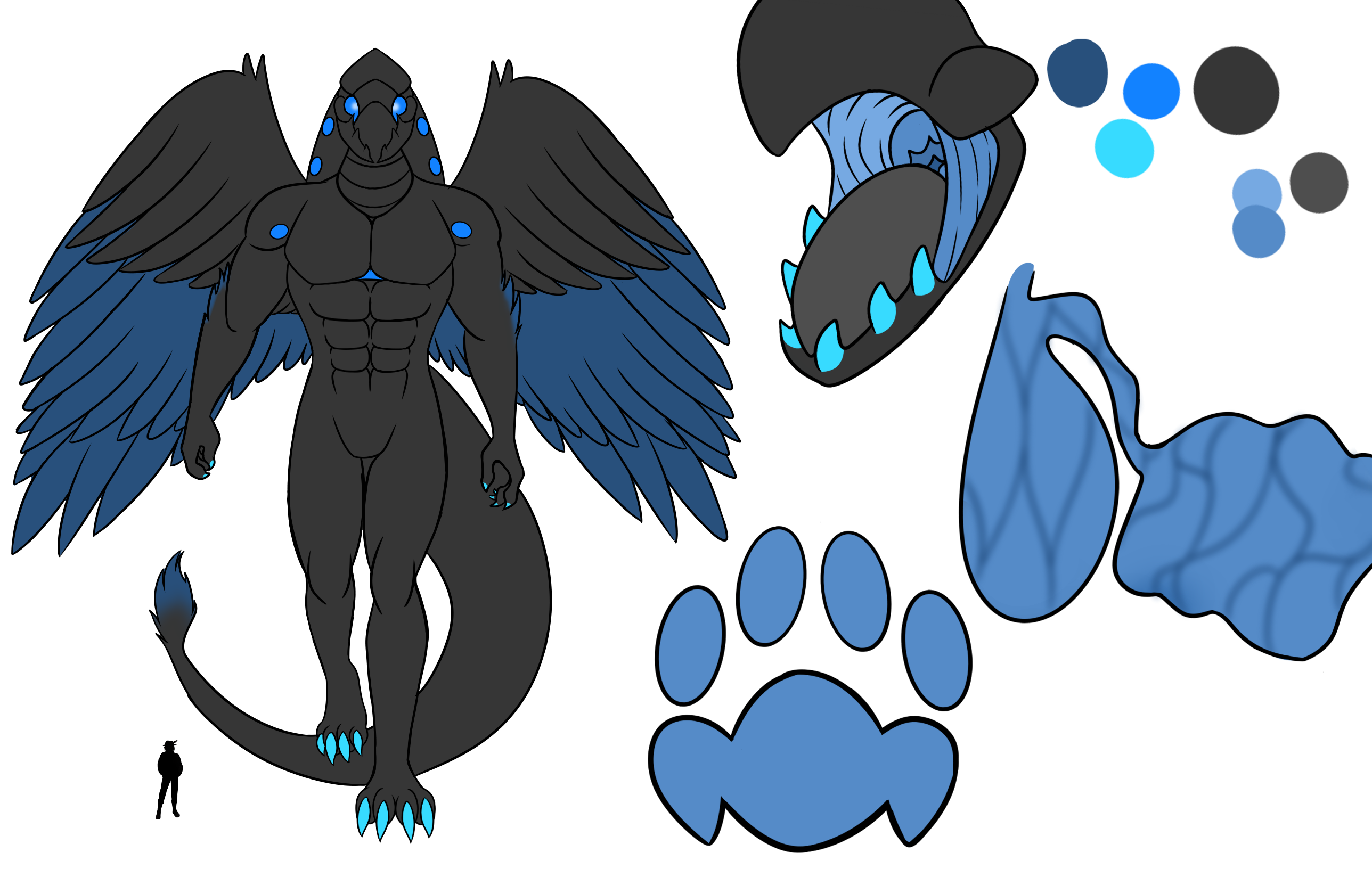 One of the names he goes by is "Koloděj". (Thanks to mrcatcz for the kaiju name suggestion!)

Body is a Grey-like colour with cyan finger claws, teeth, and toe claws with his down feathers a blue hue

Grey tail with a blue tip at the tuft

50 metres tall, but can shapeshift

Blue paw pads on the soles

Has a crop, stomach, and gizzard, to match his avian biology.

A vast pair of feathered avian wings protrudes from his powerful back muscles.

For fun, the kaiju-gryphon likes to toy with the micros he captures during his rampages. He even uses humans as part of his snacks, which to him, humans taste something like "salted pork".

His feet sometimes smells a bit damp and musty. It might even have some bits of dirt and moss stuck to it.

The kaiju does speak too. There's some squaking and chrrs and trills as he talks, which fits his avian side.