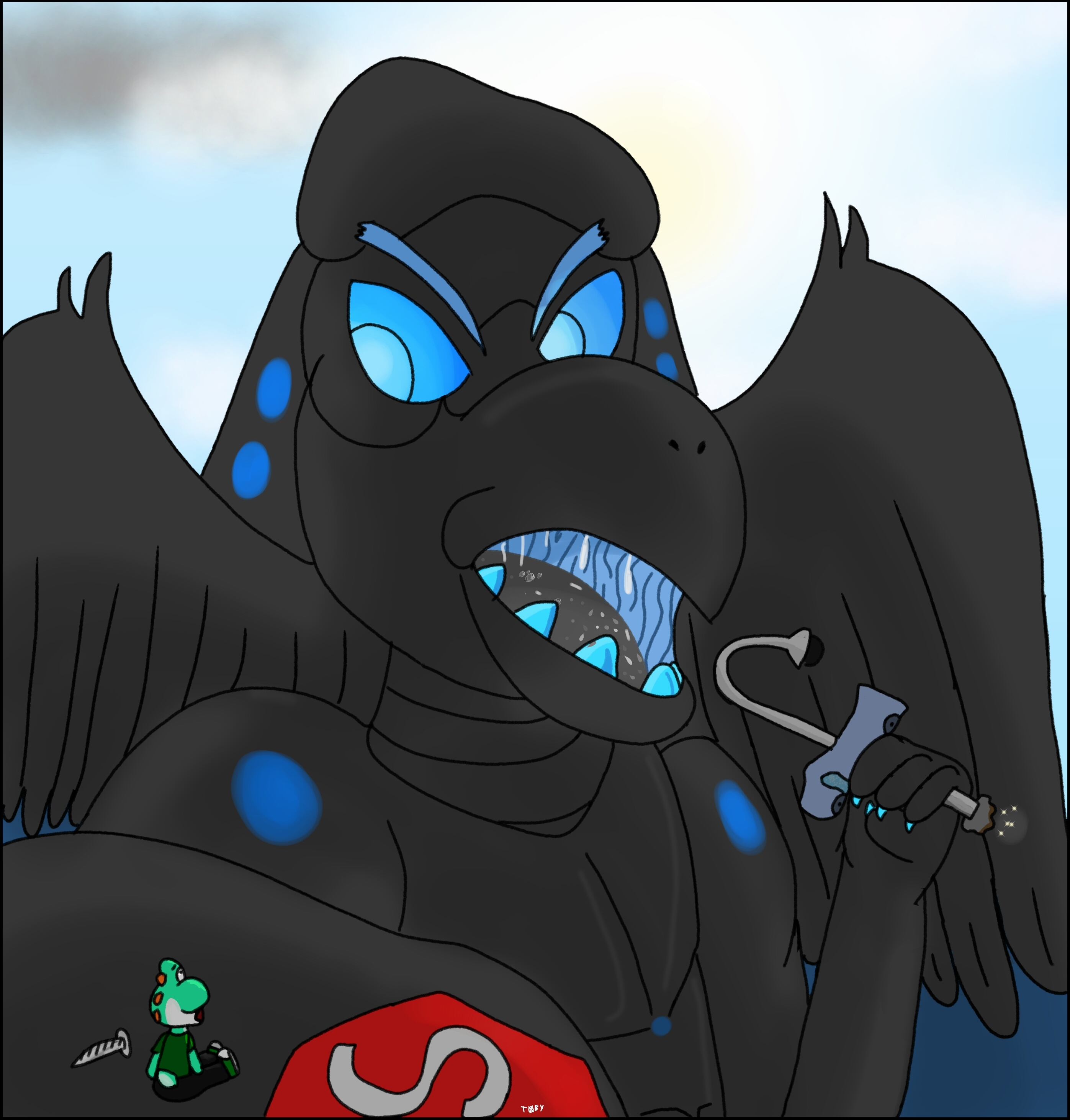 Finding you tasty, the kaiju-gryphon has you in his hand as his mouth was open to you, white pupils staring down at you, revealing his drooling maw. Inside that maw, there seems to be a mess of different things he chewed and swallowed up, including "metal sandwiches" made from the different things he grabbed along the way like cars, planes, trains, etc. While doing this, he says to you, "I say you do look quite tasty, human..." while there's some squaking and chrrs and trills as he talks.

Now staring into the massive open beak, his hot breath was washing over you as he speaks. Having watched so many before you be consumed or crushed by the Kaiju-Gryphon, a mix of fear and pure excitement rush through you at that knowledge. Within the rubble, you could find bits of left over vehicle bits coated in a thick layer of drool. You tried to bring him yourself to speak, maybe he hears you trying to plead or beg... or it's a acceptation of your fate as food for the massive beast, though given the size difference, it is likely your words would not even be heard. He brings you closer to the mouth to take you from the wreckage of the city you once called home to a more permanent home... as part of him.

Koloděj was looking for some snacks after one of his rampages, and hey, look who he found! A tasty anthro Yoshi who just so happened be lucky to be staring into the kaiju's beak~