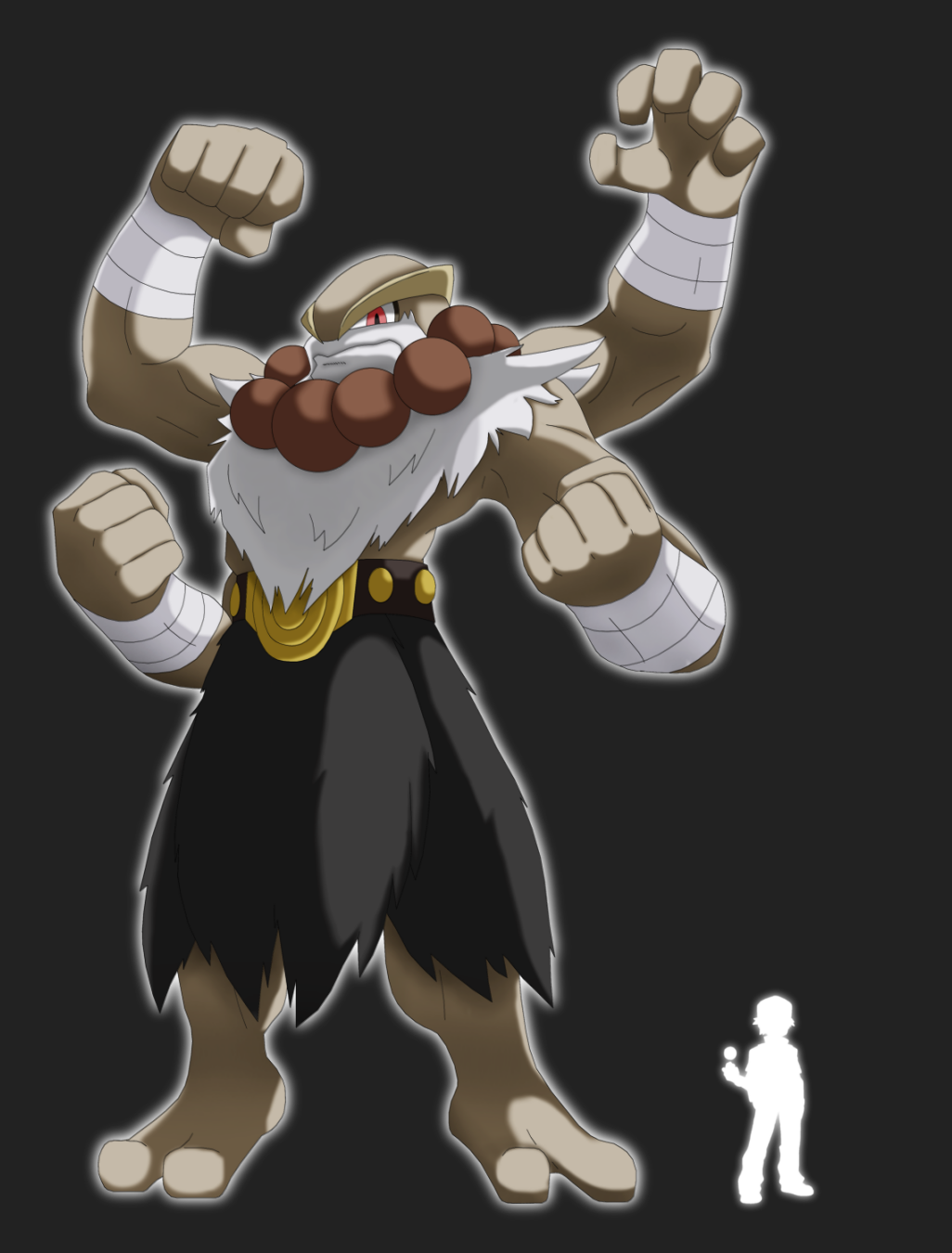 An ancient tale:
Thousands of years ago,a Machamp tried to climb the highest mountain in the world,in order to prove his love towards his couple.
He wanted to demonstrate,not only his strenght,but also his will to survive for her.

It is said that he couldnt get down due to a neverending snowstorm,and had to survive with the little food he could find around the mountain,and inside its caves.
He also had to fight against the terrible creatures that lived up there.
The Machamp refused to die.
As he promissed,he would survive,to show his bride how much he loved her,and to return to her once more.

The years passed,and the bride finally died of old age,but he never found out.
He believes their love for each other keeps them alive,so that,when the storm finally subsides,they will meet again.

Eventually,he found peace through meditation and training,and became the strongest creature in the mountain.
But the memories of his true love could not be erased.

The locals say that on full moon nights,if you pay attention,a roar can be heard coming from the mountain.Its the Machamp,mourning for his beloved one.

Thousands of years have passed,but the Snowstorm never subsided.

why cant YOU design the pokemon for the company!?

have you ever played halo it looks like the gorrila guy but with four arms, AND GIANT! O.O

You tryna get a job?

You should put in for an app or something, both the idea and the image are awesome!

what a sweet idea! normals to legendaries. that should be put into the games too!
and your machinmus is totally rad :D

great job loved it all xd
The eyes reminded me of Entei?
so much power and strength made into this Pokemon xD