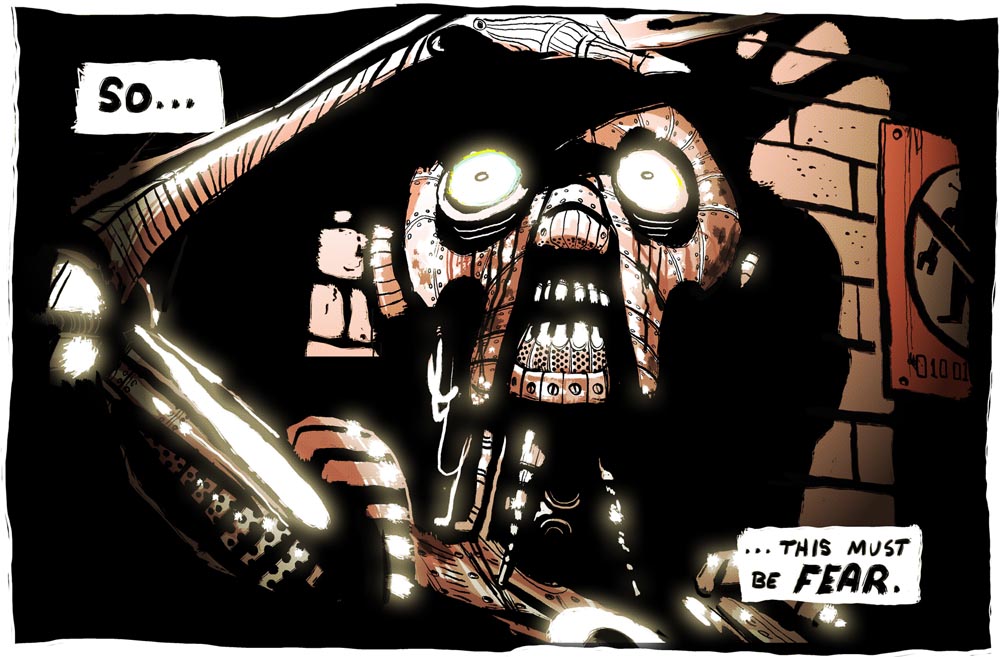 You really made it look like this was part of a comic you were working on. It's great that you did that because this would make a great story. Even if it never does turn out to be one, at least you left us with this fantastic art piece. I'm getting the feeling t hat this robot is becoming obsolete, hence the title. I so wish that I could read the rest of this, because I don't have much idea as to what is going on! It doesn't really matter, because this artwork is downright fantastic and deserves to be praised.

It looks like this robot has meat on it or something. You really gave it a human appearance with how it appears to be rotting with all the rusty parts. The sunken in eyes are a great touch as well. The shadow effects are wonderfully done as well. You get a wonderful sense that you are taking part in this dark world with little hope at all.

Just a frame of a comic... yet this brings so much thoughts and emotions to the mind. I tell you, this is the kind of art that interacts to the viewer. It gives you a feeling, you have no choice after you see it. At least it worked this way with me.
The phrase matches so perfectly with the robot's expression... This piece is a complete work in itself.
Also, excellent work with the light and shadows.