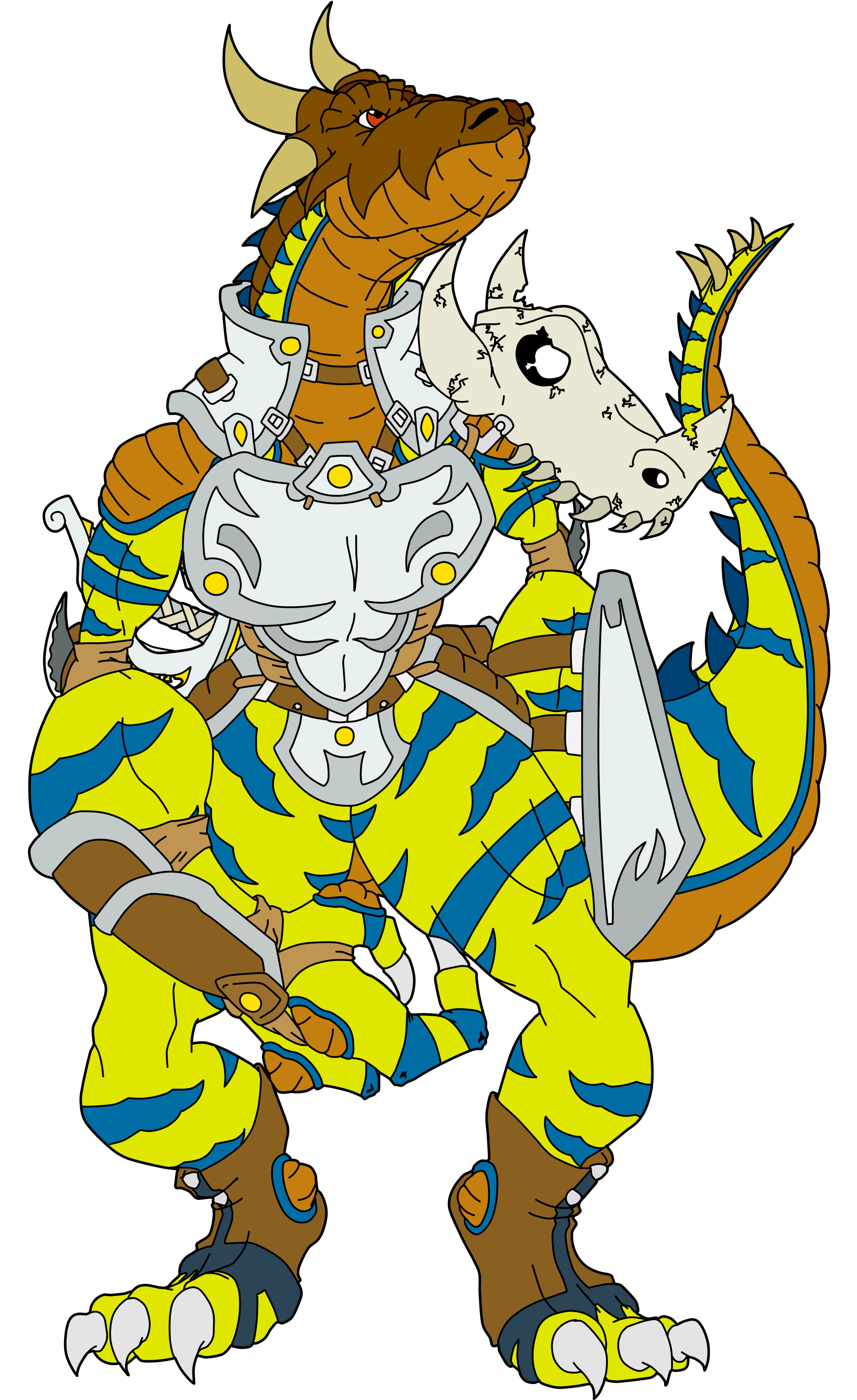 After hunting dozens upon dozens of Agumon, a Kendumon decided to take on bigger prey and attacked the lead Greymon of a Tribe of Agumon. After a fierce battle, the Kendumon narrowly defeated the Greymon and took it's skull as a trophy. Upon obtaining the Skull and replacing the Agumon skull it once held, it digivolved into the Champion form, Kendugormon.

Kendugormon are much more experienced hunters than their Rookie counterparts, strategic and coordinate a group of them on their own. They're considered the leaders of Kendumon villages, and organize all facets of the village life for the others. Kendugormon act in a Council of Elders, deciding what to do and what hunts to start after a vote, usually made up of three Kendugormon each leading one section of a village.

Like Kendumon, Kendugormon actively search out Greymon and Agumon for sport having evolved their techniques.

Nega Blast: Kendugormon, opposite to Greymon, use a Blue version of the Nova Blast comprised of three Nova Blasts combined in the long neck of the digimon, spewing it out as a singe attack.

Mega Laser: Kendugormon launches a massive heated beam of energy from it's mouth, hitting the opponent and cutting through armor.

Kendu Rapier: Kendugormon's Kendu Blade upgraded when it evolved, becoming a long Rapier-like weapon. This weapon is able to easily slip between the plates on a Greymons body, and enable the Kendugormon to easily maneuver in a battle.

Dragon Slash Spiral: Kendugormon develops red plasma along the blades on its elbows, then strikes the opponent twice in a spin.