For the month of February we have disabled ads on all E-M content. We need 228 people to reach our goal of 3,100 active supporters. If we hit that, we'll continue with a new goal in March! 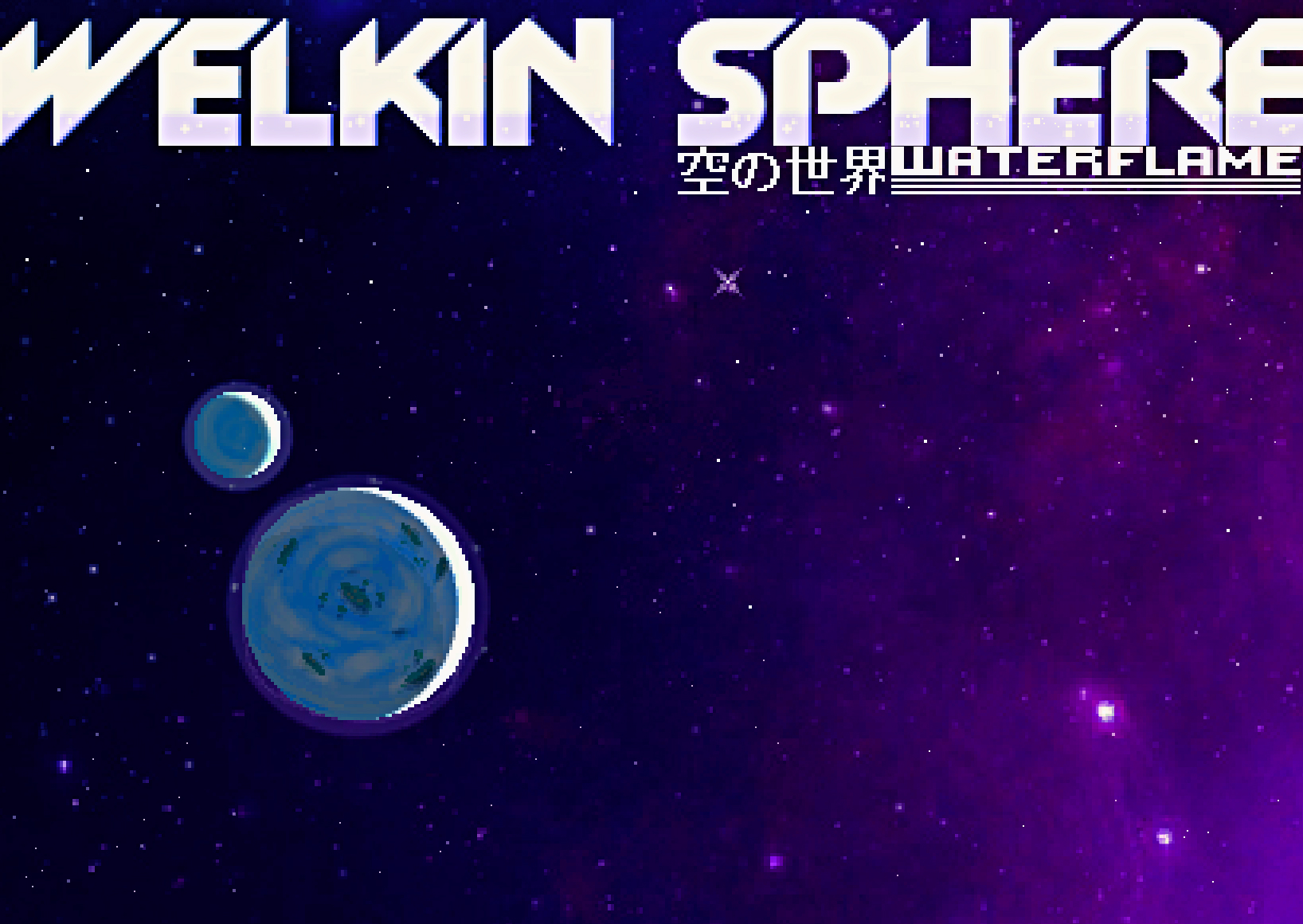 This is the title card I made for my track "Welkin Sphere". The 6th track in my
Skyworld music series. Made in gimp.

The fact that most people on Newgrounds can speak Japanese (including myself) only strengthens my theory that Newgrounders are all nerds.

The art and song are awesome though, and I love how both of them seem to describe the (almost) endless beauty of space. Great beats as always, thank you Waterflame.

Those are Japanese. Japanese uses both Chinese characters and their own characters. The first letter (空, Sora) is Chinese, which means being empty or the sky. The second one (の, no) is Japanese, which is similar as 'of'(Not exactly same, but I cannot explain well because that kinda system does not exist in English). It is very unique system that exists in Korean, Japanese, Chinese language and so. The last two letters (世界, Sekai) mean 'world', exactly. Hence Skyworld. You can read it as 'Sorano Sekai'.
I know that because I'm from South Korea, and can speak Japanese a little bit.

That's really good. Just wondering though, what are the Chinese letters for, and what do they mean?

I really like how this turned out! And the song is so relaxing and peaceful, too!