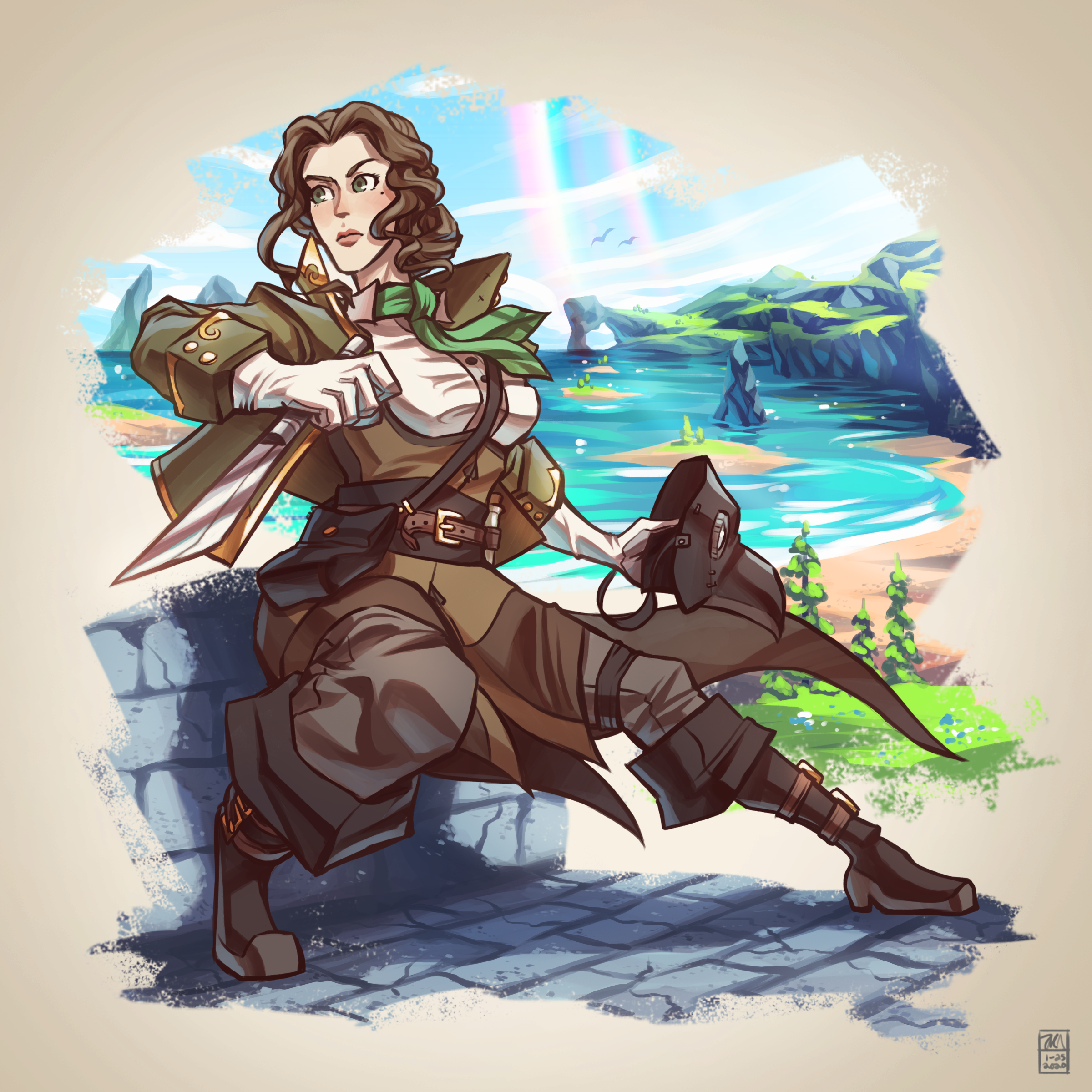 The Holy Kingdom of Draidal, ruled by a King and the priests below him, together governing the land as the Church of Soleil. They pride themselves as the beacon of the people's hope, and yet, the moment the King sold his heart to profit off the very people he swore to protect, he betrayed their God's benevolence.

There was once a brilliant, forthright girl. She made herself to be apt, often rummaging through libraries around the warm coast to learn and study. She was destined for greatness, and yet, all was torn asunder when the Church refused clerical services to her dying father due to "insufficient funds".

Their wealth was expended for his needlessly expensive funeral rites, their title thus rendered null. In her tears, her sorrow, her anguish-- the girl lost everything, replaced by a desire for revenge. Revenge against the Church for destroying her life.

Shortly after, the girl took the name of Matilda Eisenhold and fled up north, and with the financial support of Houses Cortez and Kleiman, as well as a new friend from Pinevale who volunteered as her test subject, Matilda involved herself with the research of a cheaper alternative to the Chruch's services: healing potions.

Before she knew it, Matilda became one of few leading contributors to the Medicine Movement in protest against the Church's greed. The nobles have done well concealing her tracks, but it'll only be a matter of time before they find her. She must solidify alchemy into the mainstream before then. So that none may suffer the same way she did. However, with her heart in a dark place, she may find it difficult to distinguish her vengeful desires from the goals of the movement. Let alone what she's additionally done from what was solely needed...