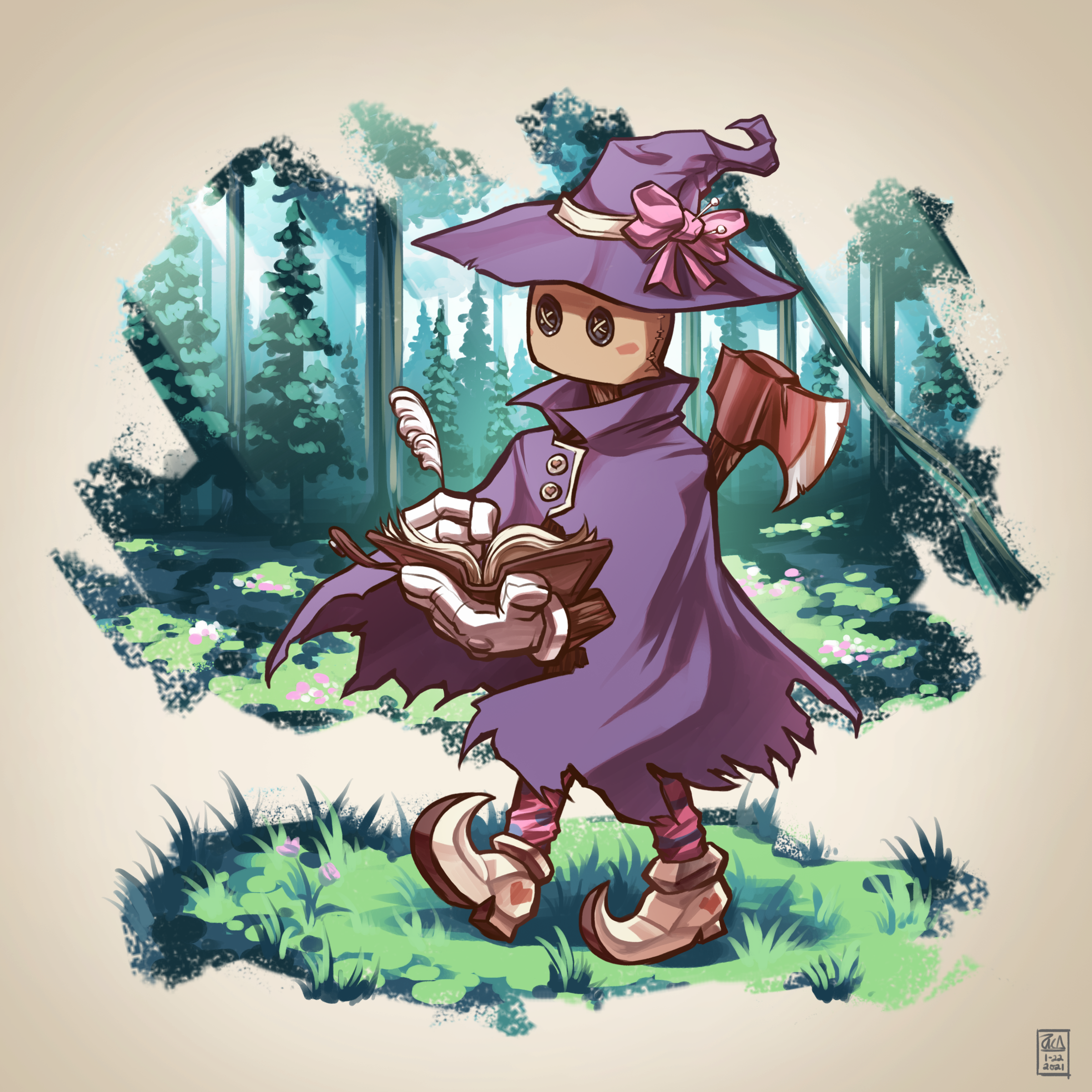 "I've heard these rumors of an 'evil scarecrow' in the woods referring to me. Some would say I have control over the forest creatures. Others would say I'm perfectly capable of scrambling one's senses, rendering them lost to the world forever. And no matter where they would be in the forest, I would always know as I loom over them with my 'scary eyes'. They'd warn others not to come here as to avoid 'a terrible fate with the supernatural'... wow.

"It's kinda cool, actually. I mean, they're kinda being dramatic for no reason. All I really did was ask the animals to fight outsiders and scout around for activity. And me? I'm only flipping through *you* to see what effects I could use to prank them until they go away. I guess I'm pretty bubbly, so I don't think I'll get those pesky humanoids to leave the Everwood alone just with myself. So I'll let them run with their strangely horrifying imagination of me. Until I write again-- Normandy."

Normandy was recently brought into this world. Built by a witch and given a tome with a few spells, she wanted to repay her unconditional kindness by protecting her home, even though she protested.

Though sometimes, staying here bothered her. She is ultimately a ghost in a shell, so that means she had a past life before she died, right? But she can't remember. "What was I like? Why was I brought back? If the locals here get so scared *this* easily, then... what's it like outside my home?" Sometimes, she'd sit by the stump and, in her tome, draw curiosities towards herself and the outside world. And sometimes, knowing that curiosity kills, she wonders if it's worth finding out...