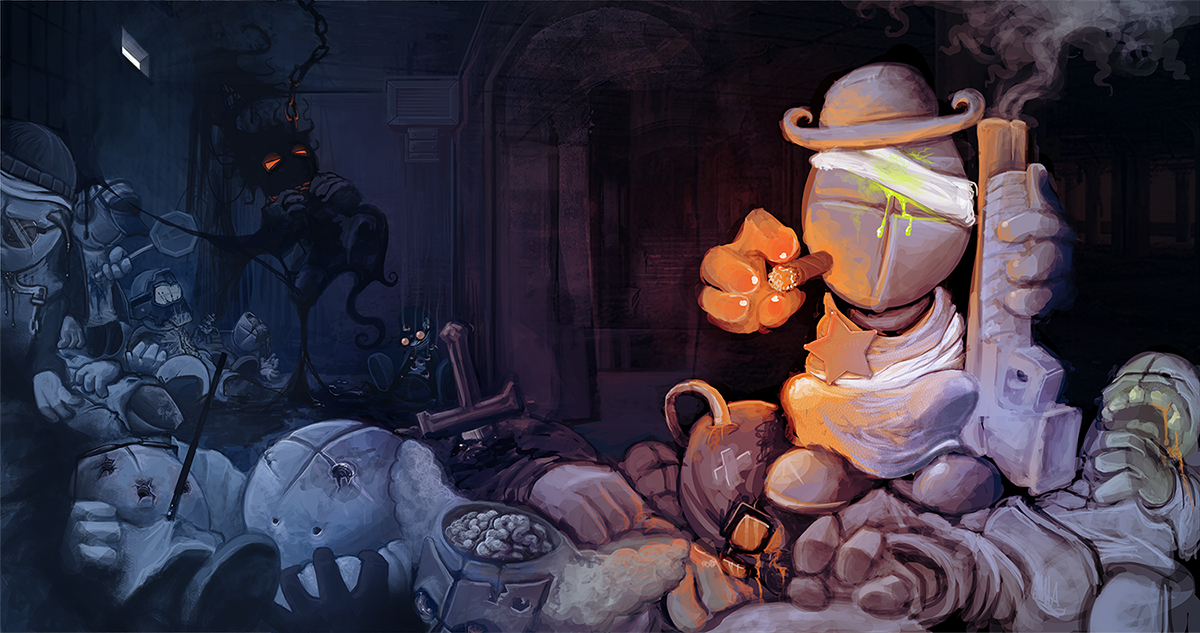 No Madness Without Order

The sherieff actually has a funny backstory behind his character. Matt Jolly himself said that he hated him. This is the reason he was killed off for real. There wasn't really anything that stood out about him. It's just great to see an unpopular character do something so cool. It's especially great, considering how he kills all the other characters.

It's been so long since an episode. Happy very belated Madness Day! Everything has such wonderful depth. My favorite is probably Hank in the background. It's so weird to see him shot up like that. That's a big gun.

This is the BEST artwork i ever seen!
Keep it up, buddy!

Nice work but, i call bullshit on the sheriff being able to kill ANYONE, Let alone the chained up auditor over there lol