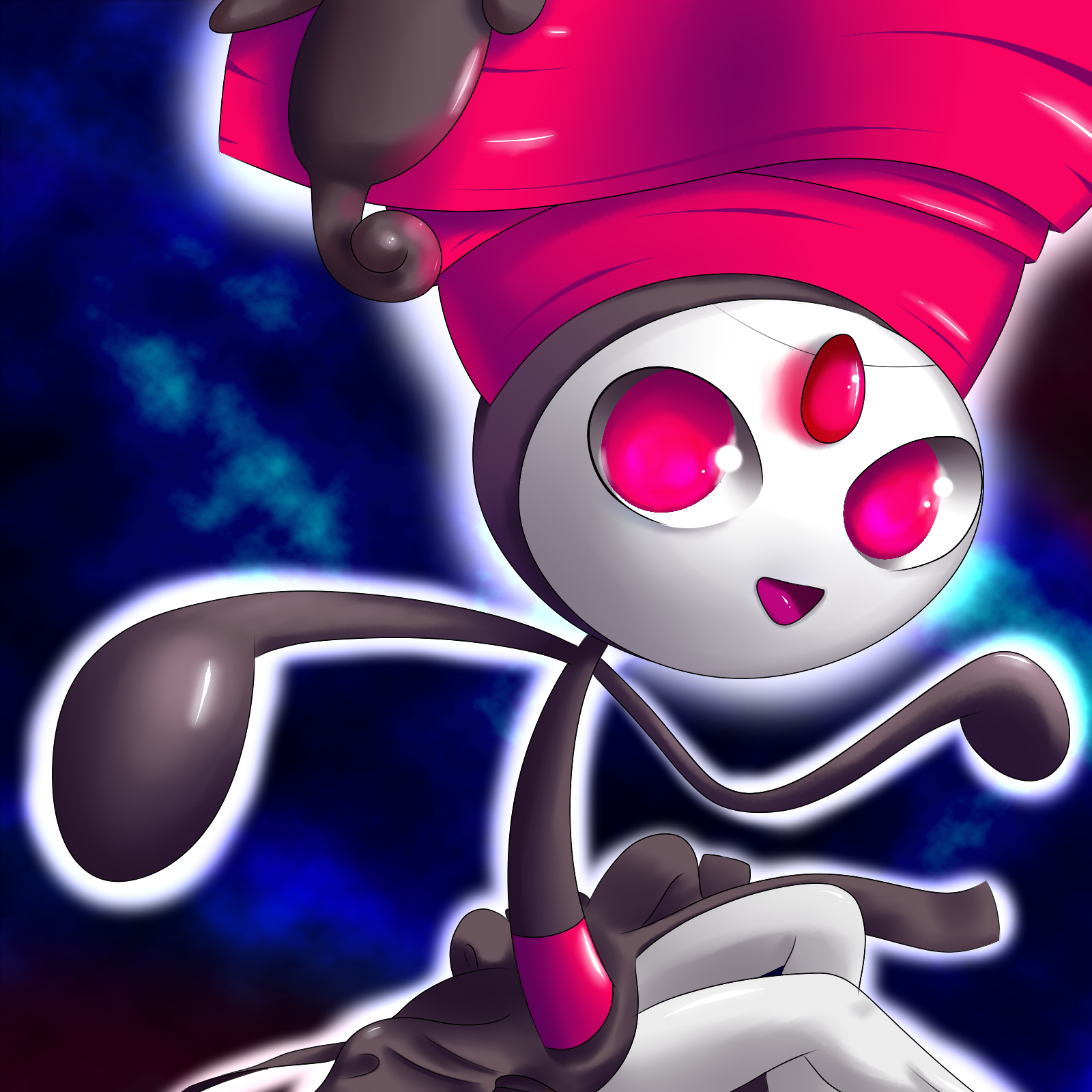 I AM THE MUSIC

You have captured the image of a Pokemon that hasn't even come out yet perfectly! The "slickness" of Meleotta's hands and face really give her depth. Nice job on this.

I found this to be an interesting piece actually. The background looks quite bizarre but the character is even stranger. She looks half stick and half humanoid whatever she is. Her eyes look evil but they tempt you to come and play with her as well at the same time.

The hairstyle looks pretty awesome and crazy even though you only see part of it. I can only imagine how crazy it looks overall actually.

Her torso and arms are kind of weird though. It is the only part of her body that even looks like a stick figure as well.

Her legs look nice though so good work there.

Overall, a strange looking character in a stranger world.

AMAZING! My type of art! Love it! Favd, amazing. Keep doing what your doing!