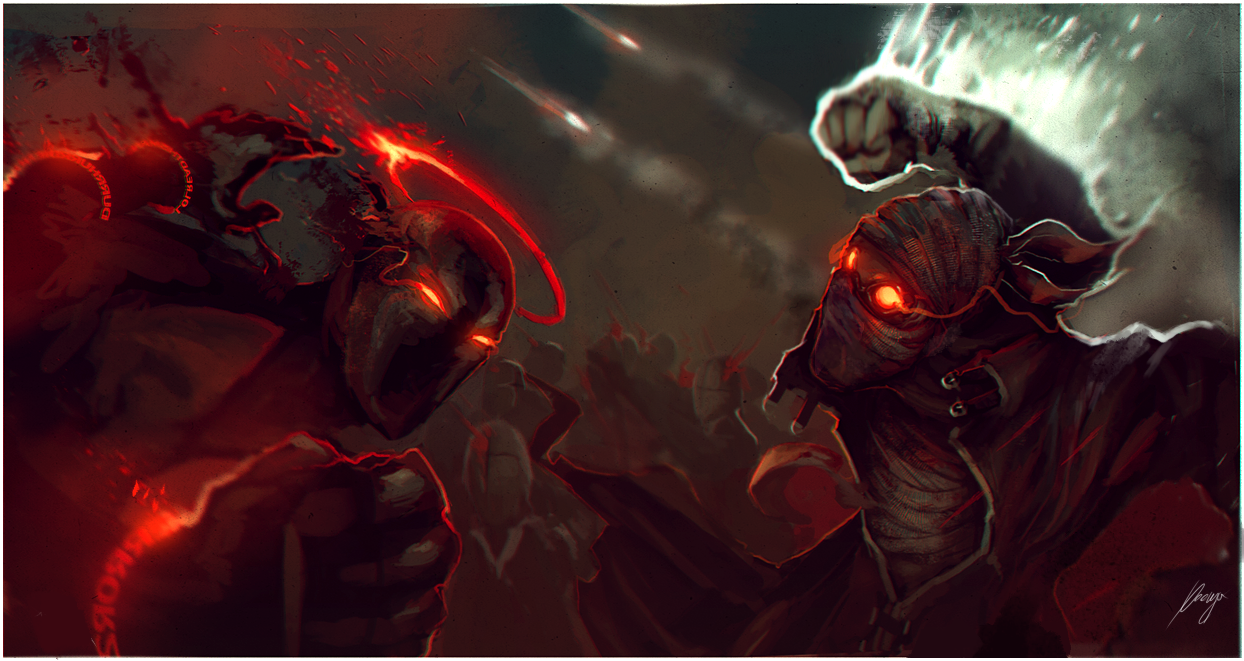 "What will the future hold?
How will I be rewarded?
Have I the right to riches in a world where there are no prizes?
Who makes the clock tick by?
When will my fate be ready? "

Happy Madness Day, folks!
A continuation of my earlier piece "The Final Hour of Madness". I've tried to be more fancy with this one though.
If given enough of time I will try to finish one more, but I'm not so sure about it.
Anyway, enjoy!

Edit: Thanks for the front page!

An amazing piece of Madness art. I'm very biased, but it's still awesome. The epicness knows no bounds. The colors are so cool, and it really feels like a final showdown. Hank's arm adds a nice bit of contrast to all the red, though it also makes it seem somewhat unbalanced, since most is still red. Although, Hank doesn't emit the same red glow the Auditor does, it's more cold, and the blue helps with that. I also like the bracelet things the Auditor has. The added detail of the 1337s' heads exploding is also nice. The blur effect is also really cool. One thing that bothers me, though, is the anatomy. Since you took a more realistic approach, Hank seems weirdly thin. Maybe just a bit more muscle and a bit wider of a torso would have been nice. Still a really cool piece and Madness tribute.