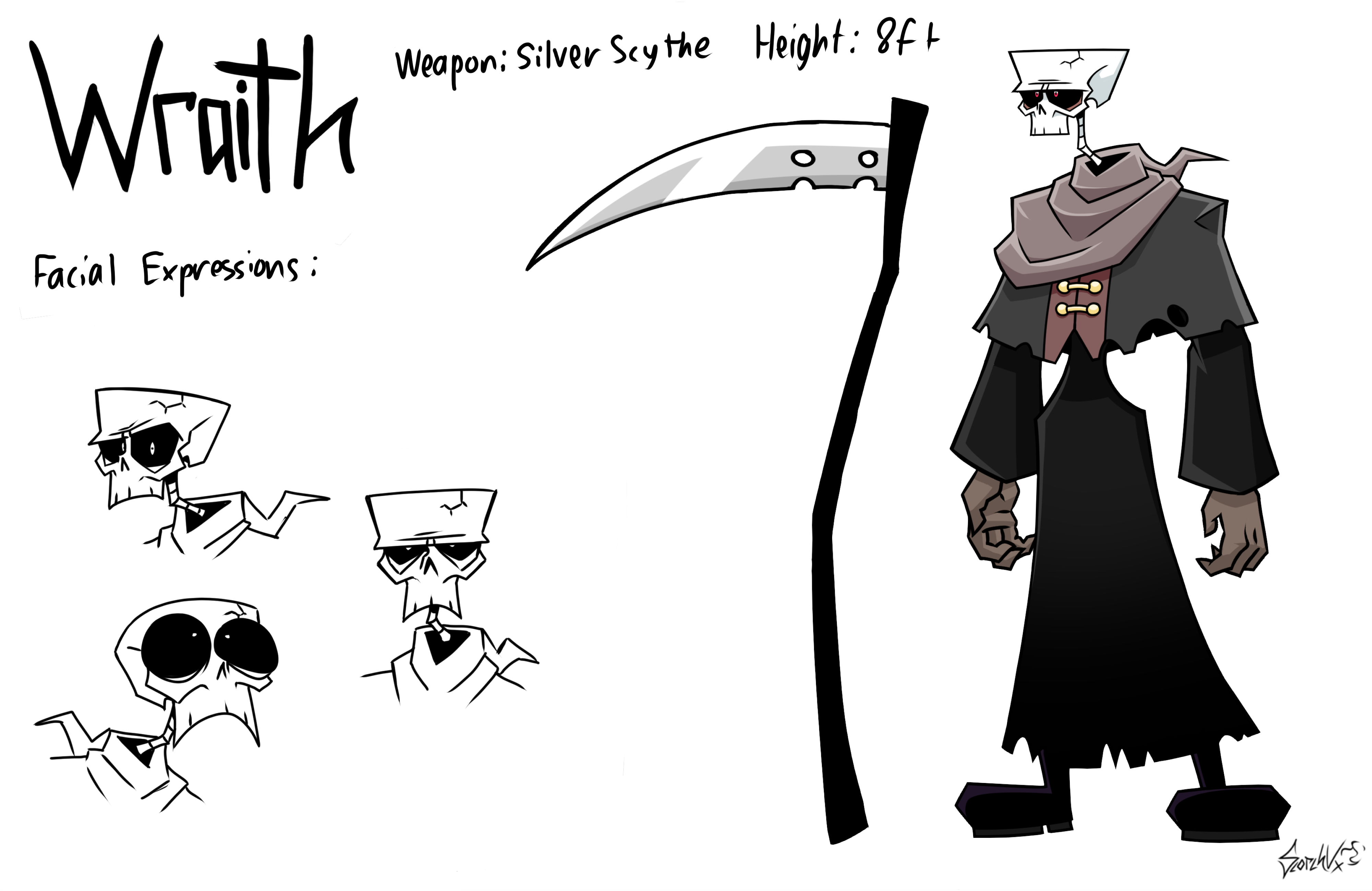 He's a tall, lanky, grouch of a grim reaper, though he's not really all that good at his job. He's a reaper in training who's getting help from his mentor, Patchwork, to become a better reaper. Unfortunately, he's not really that good at it since he's too much of a coward to face any horrific evil spirits who's souls aren't at rest. He still has to despite how much he hates doing it. It takes him forever to get off of the couch and his mentor is constantly scraping his pathetic hide off of it.