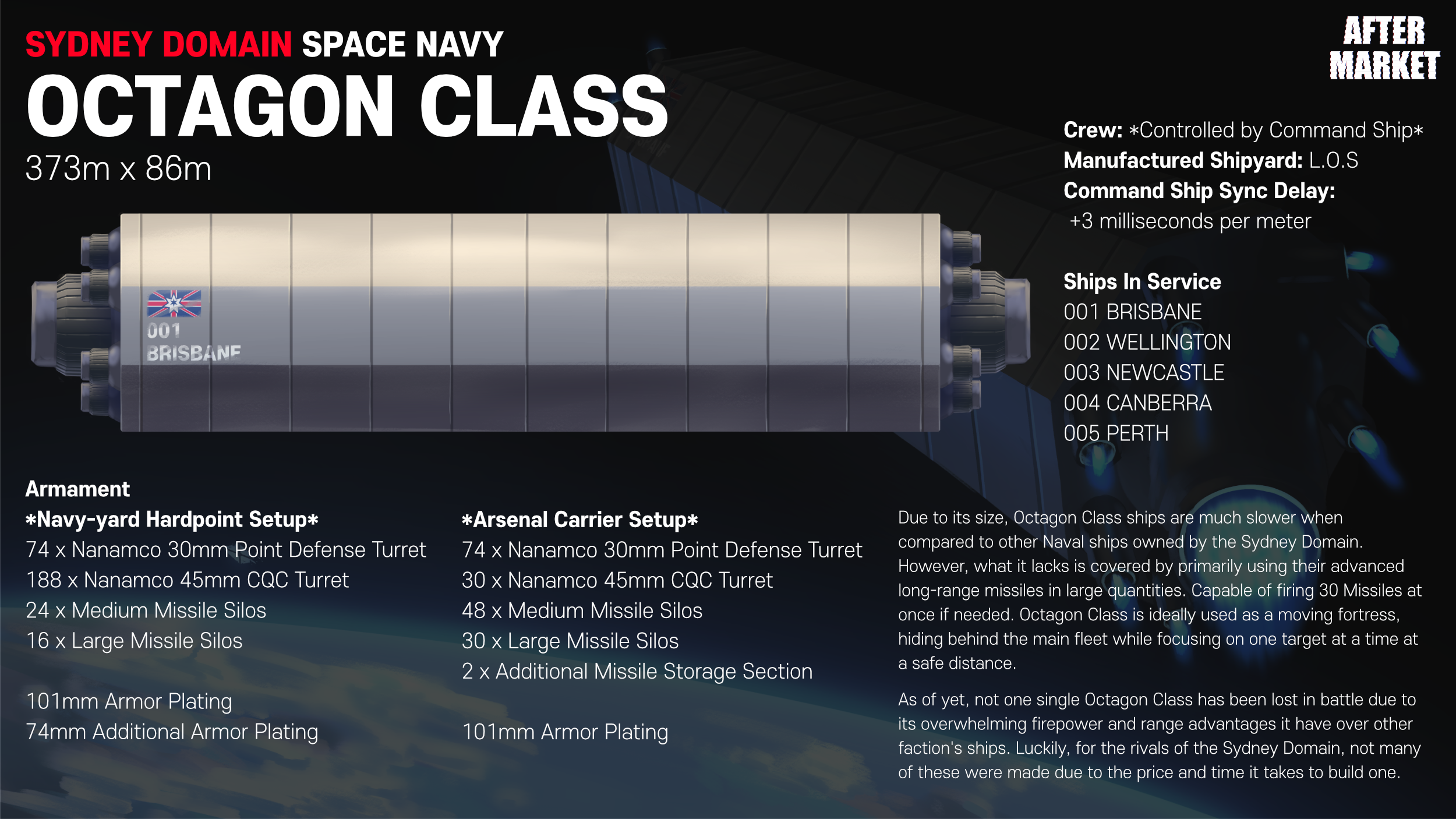 Due to its size, Octagon Class ships are much slower when compared to other Naval ships owned by the Sydney Domain. However, what it lacks is covered by primarily using their advanced long-range missiles in large quantities. Capable of firing 30 Missiles at once if needed. Octagon Class is ideally used as a moving fortress, hiding behind the main fleet while focusing on one target at a time at a safe distance.

As of yet, not one single Octagon Class has been lost in battle due to its overwhelming firepower and range advantages it have over other faction's ships. Luckily, for the rivals of the Sydney Domain, not many of these were made due to the price and time it takes to build one.