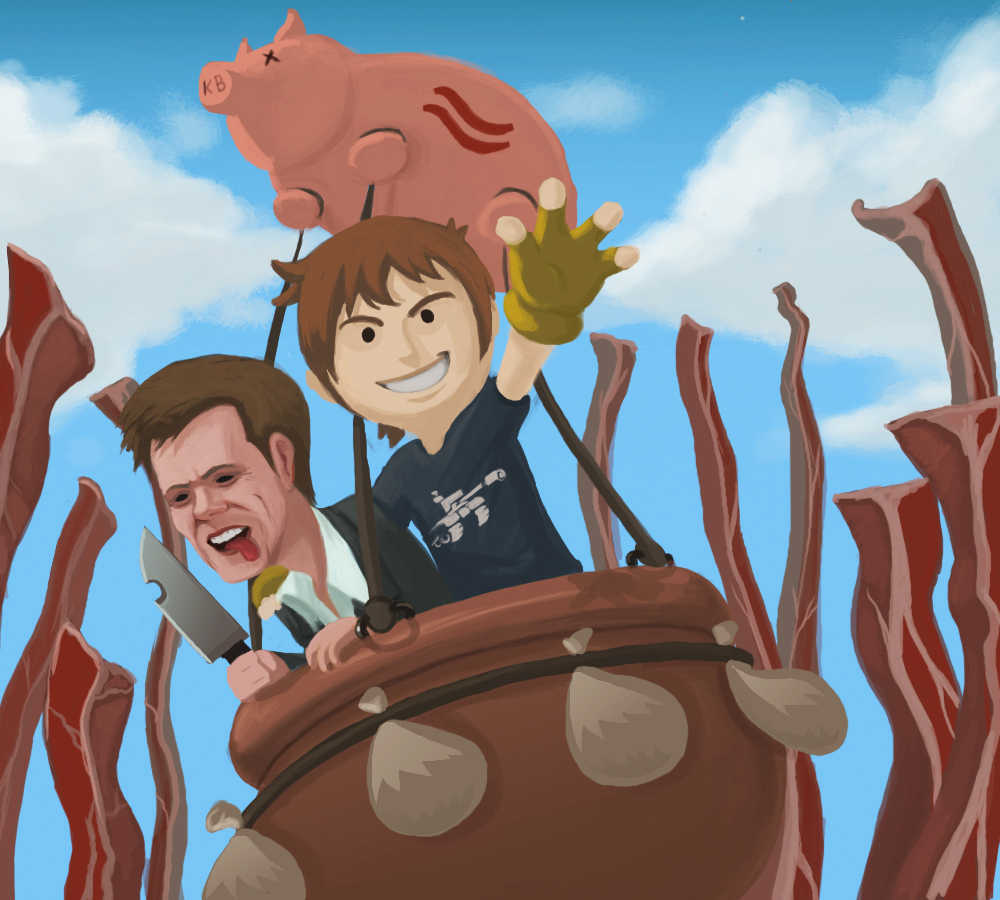 Bacon! This is my contribution to this awesome day, the Day of teh Bacon.

I really like this if only because it depicts a world where everything is made of bacon. I was actually talking to my brother the other day about something similar to that. He was talking about what it would be like if you could grow bacon. That way, you wouldn't have to kill pigs for it. I don't know why, but this just came off as really cute to me. I imagine the other person in the balloon is supposed to be Kevin Bacon.

Dang, it seems like it's been forever since that holiday. Makes you wonder why we didn't have a theme for April Fool's Day in 2011. I love how thick that bacon is. It doesn't even look like it that much, it looks more like giant tall steaks! That pig makes a cute balloon!

Tom Fulp: I give you! The great Bacon Forest!!!

pig as a ballon hilarious (talk about when pigs fly)

Imagine this as a game.... it'd be epicly awesome, cut the meat for points

people would be addicted to this stuff and keep playing XD

but still one word for this is LOL