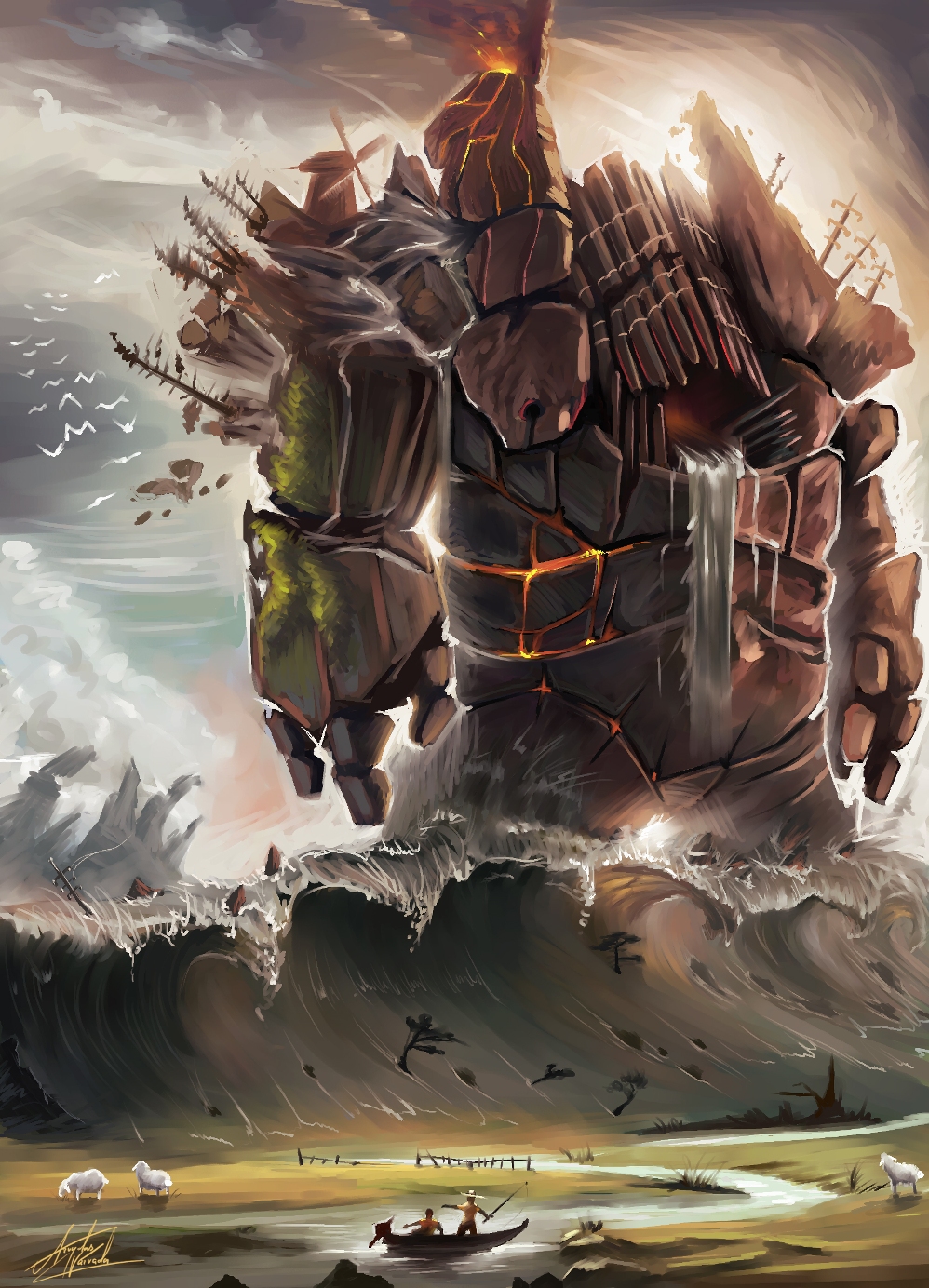 "The mountain coughed and roared as it got up on it's feet. A crowd gathered to witness the spectacle of life. There were no survivors."

I love that the sheep don't care.

THe gaping maw chest design is always a plus too.

OMFG this is so beatiful the style the idea the fantasy it is just amazin!!!!

So if Team Ico ever creates Shadow of the Colossus 2...this better be the last boss. Imagine having thought that you've defeated all of the colossi, only to have the very earth beneath you shake as if in an earthquake, then slowly rise up around the character with boulders and trees falling away. You then realize it to be just one massive hand of the entity that you had somehow forgotten. But before you are given time to react, the fingers close around the new lead, forming an imprisonment of molten rock and dead fauna, with the last few streaks of light fading between the digits, until only darkness remains and your conscious quickly slips away. After an unknown amount of time, you wake up inside the beast, and the battle begins.

Only one compound word to describe this: badass.
The coloring and style is nearly breath taking. I love the small details you added, like the houses, trees and powerlines. True power of mother nature!

Yikes, talk about a wanton path of destruction!
This looks really awesome, and way to display the sheer size of this behemoth in comparison to the guys in the boat.