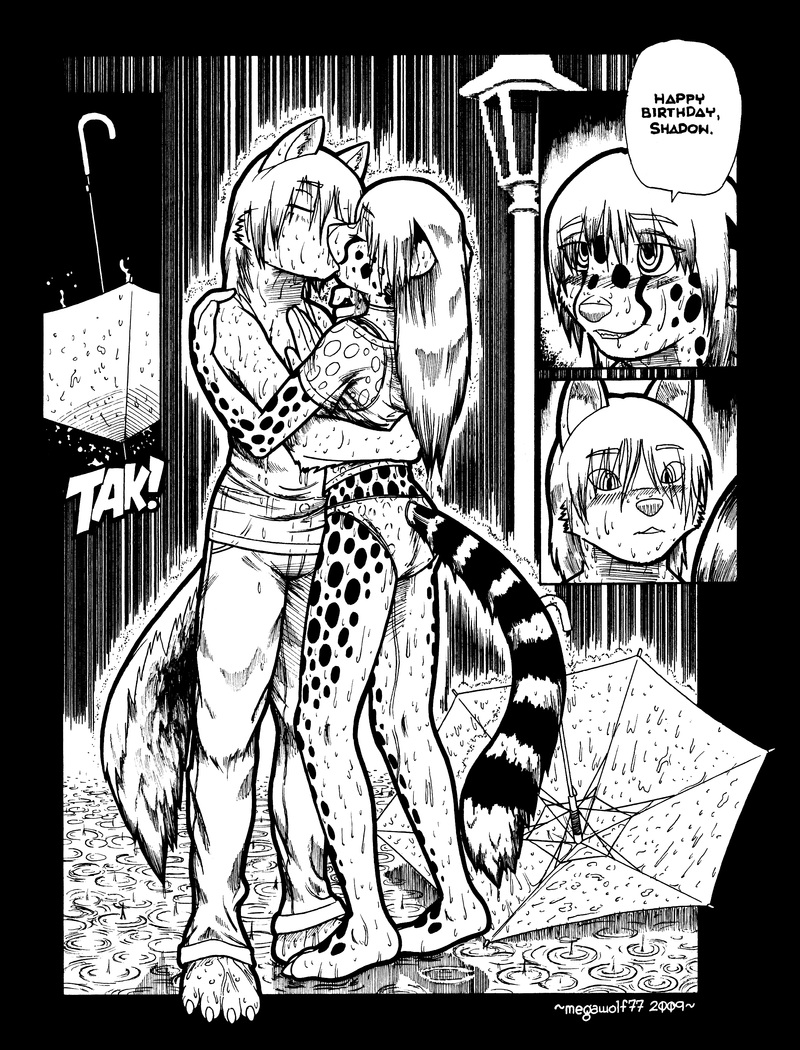 [Close to you]
My birthday gift for my friend...

Did this few months ago.
I know I'm going to get shot because I post this kind of thing in here. =P *wears bullet proof vest*

Took me 7 Hours to make this. I used 0.3-0.4 signpen for the line-art and details and a 0.5 gelpen for the fills and thick outlines.

I'll be your human shield if you do get shot at, but I don't think we have to worry about that. This is a great pic. As far as mangas go, I see a lot of talent, you could make it big.

As for the picture itself, B-E-A-UUUU-tiful, very romantic, and I love how you didn't use humans like SOME people would, I'm not naming anybody I'm just saying, I'm sick and tired of human romances , but you add to that which so seriously needed this, the Furry realm. I'm a huge furry fan so I've seen almost all the furry pics, storys, & games, but none quite like this. I've seen romance stories with furries, but they were either 20 pages long or it was a furry on human romance, which was ok but old really quickly so something like this really made my day. If you did a manga with this kind of setup, I'd be first in line! On a side note: This could very well rival the artist who did "Peter is the Wolf" unless thats where you got your lessions from in which case I'm going to shut up now.