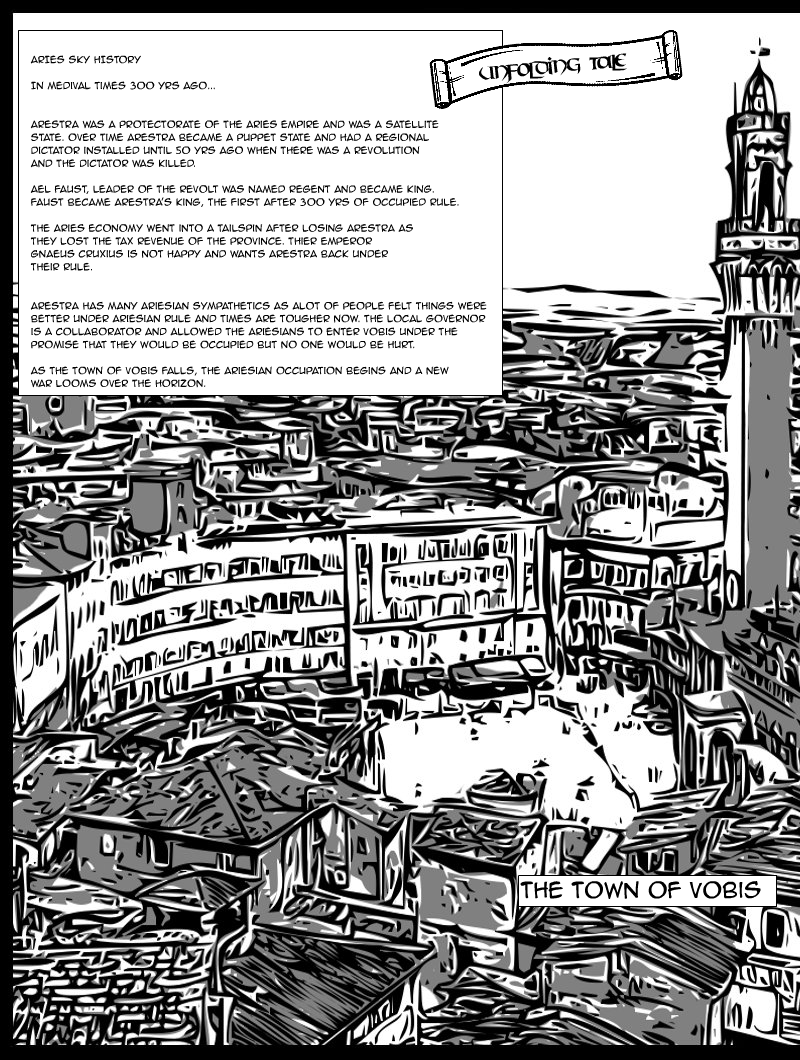 Originally this was going to be a short thing but as it went on I thought of more and more cool ideas and ways to flesh out the world and make it come to life. So expect a long series. The story is just beginning!

I expect this to be maybe 50 chapters atleast but who knows.

I have 3 story arcs planned along with a timeskip that involves changes to the characters and landscape.

This is alot of fun!

This series always feels more like a children's book because of all the sketchy designs. Have you ever tried drawing by hand?

This is probably the best page so far next to the map and a couple of others, and is what shows that this is such an incredibly promising story, with a great world, dynamic, and an extent background to work with, and to speculate.

While i am at this when Rion shows her powers without previous explanation can be seen as the worst page so far along with the couple following pages, why? because like other similar stories it means that what was a surprise becomes a plot device that only the author was able to know it was going to happen, which is in part why series like bleach or other shonen stories start degrading themselves as they put more and more nonsense without a real base to hold themselves on, for example and this is very common, the main character uses an ultimate technique that was being developed in secret but no one ever saw any hints of such move or of the training for the move, as this is a story that is just starting we can overlook this happening because things are still being just introducing and the world is taking shape, so a lot can happen. But! since this is so common specially in the world of comics, i can't help but to make emphasis in this warning.