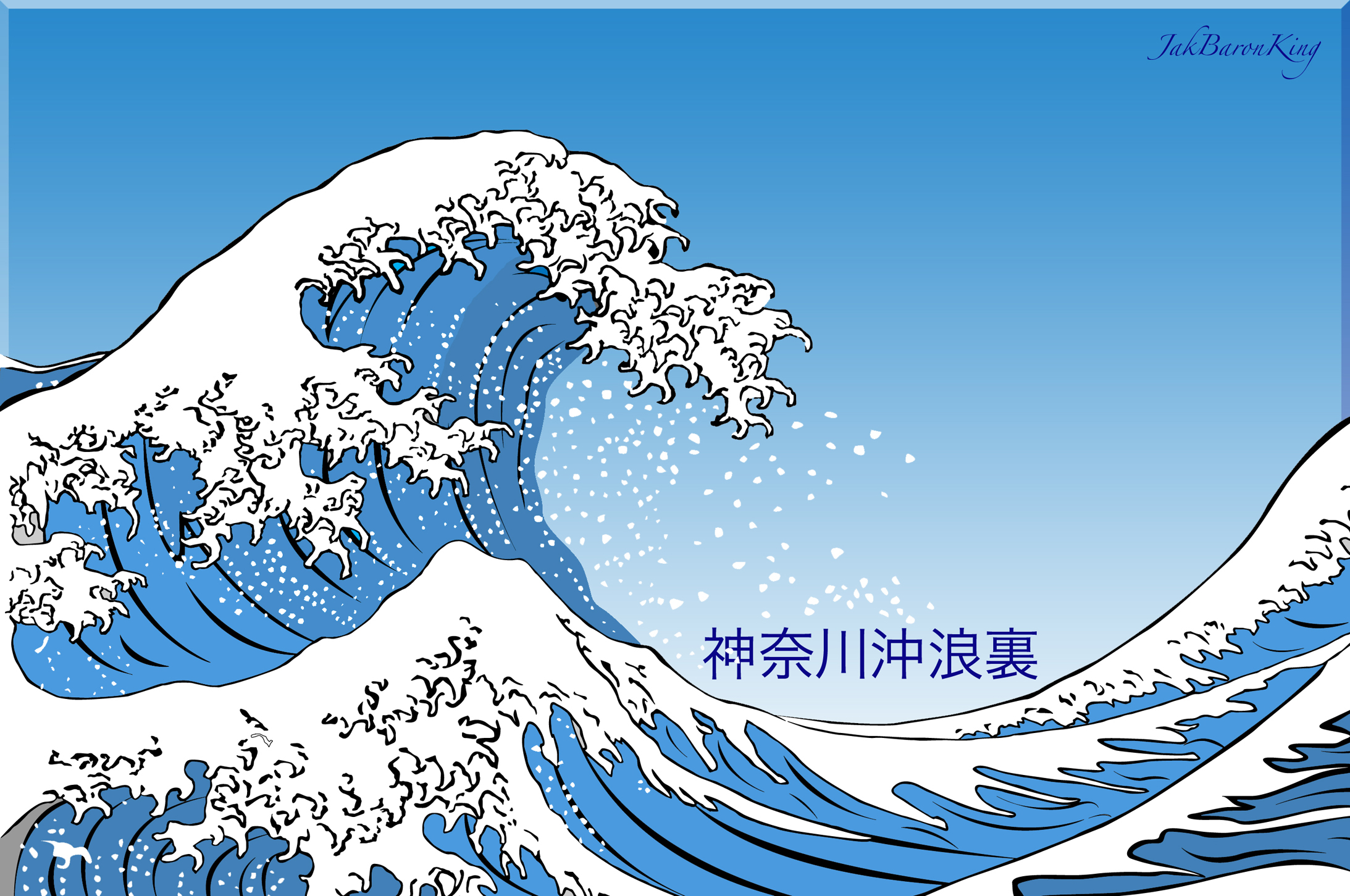 This is a remake in Illustrator of Katsushika Hokusai-Tsunami Wave.
(Excluding the Boats)

It took FOREVER to make this in Illustrator.

note: All done with Touch Pad

So here was some nice waves, I feel like some sunlight could have played a more domminant role on this, A variety of thickness in the lines are visible for the level of "THICKNESS" goes according to the level of detail aimed for the specific area of the art piece the small features of the waves have thinner lines while the wave in itself has a slightly bolder, However none of the lines are light retaining a consistency in the "BOLDNESS" of the entire image, The brighter blue shade "ABOVE-THE-WAVES" does well in keeping the sky blue and water blue from molding together a distinction between the two is made thus bettering the clarity of the seascape.

Why not I can see the person in the sea???

But Chinese in this pics feel interesting XD

Also I didn't include the boats and people as this was intended to be clipart for some Hawaiian snacks.

By not including the boat and people...it makes it legit.

I totally love that kind of style!

I did a paper on in him my graphic design class. he was aweome and this is awesome! XD