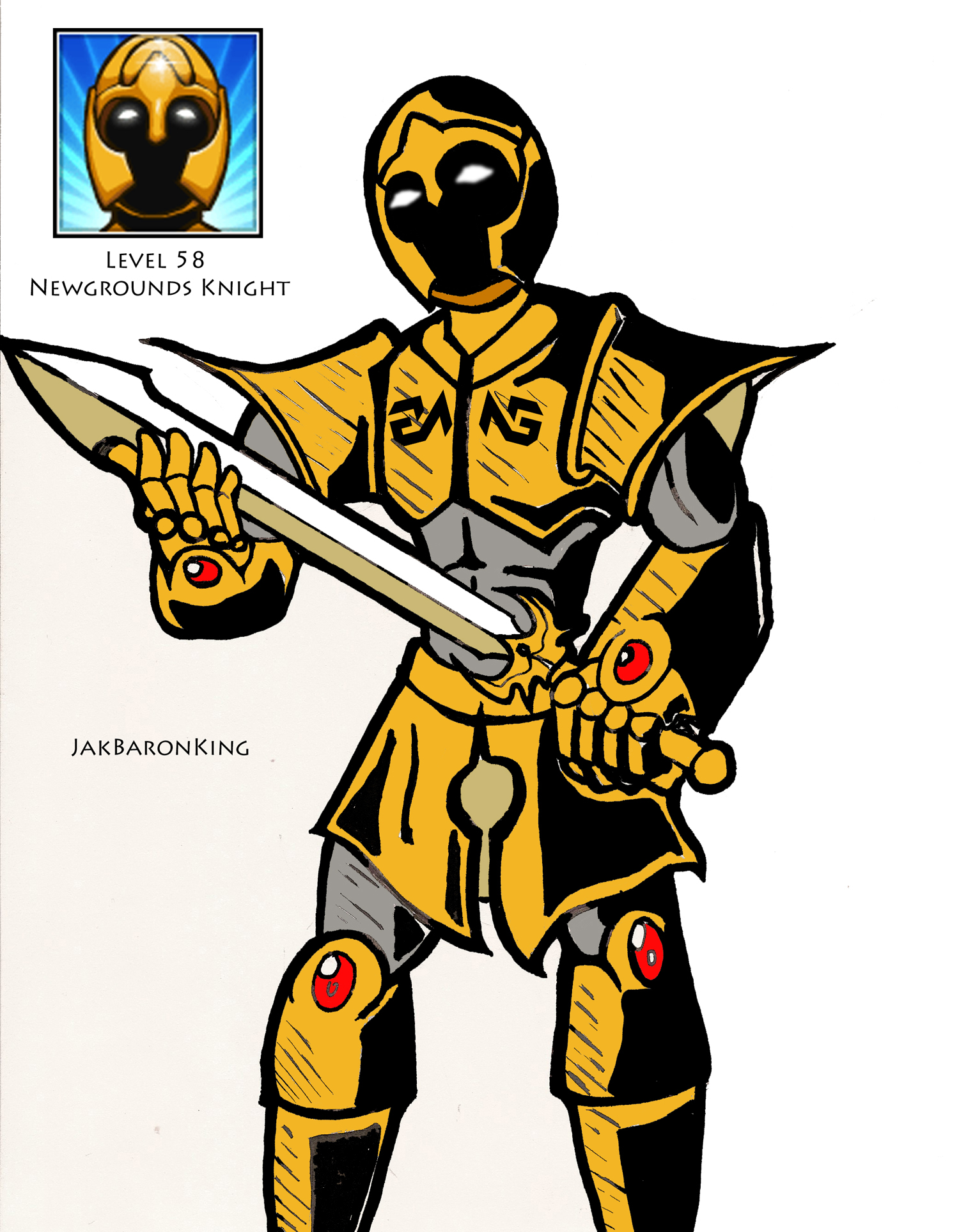 The Newgrounds Knight basically is the Level 58 Icon

with a few modifications.

On his breast plate...you can see the indentations of my version of the NG logo.

I know that you wanted to make this different than the newgrounds level icon, but there is one missing eliminate from the level icon that you should include in this piece. That would be the shine. Your knight looks like his armor never quite shined even when it was new. It has that dirty gold look to it. The shine gives this epicness to the knight.

Other than that the drawing is pretty well done. I think I envision the knight a little more bigger in terms of muscle mass, but I guess a guy in armor and a sword doesn't have to be all buff and whatnot.

It would be sweet if you put a background to this picture. Perhaps instead of having the icon be so big in the top left hand corner you could import the blue aura as the background to the picture itself. That or scene where the character is outside because I think blue and green would compliment this picture well.

Truth be told, I'm not very good at photoshop.

This is just using a paint bucket.

As for the background, I do believe the contest I entered for this piece required a solid white background.

Will this be the next ng character?