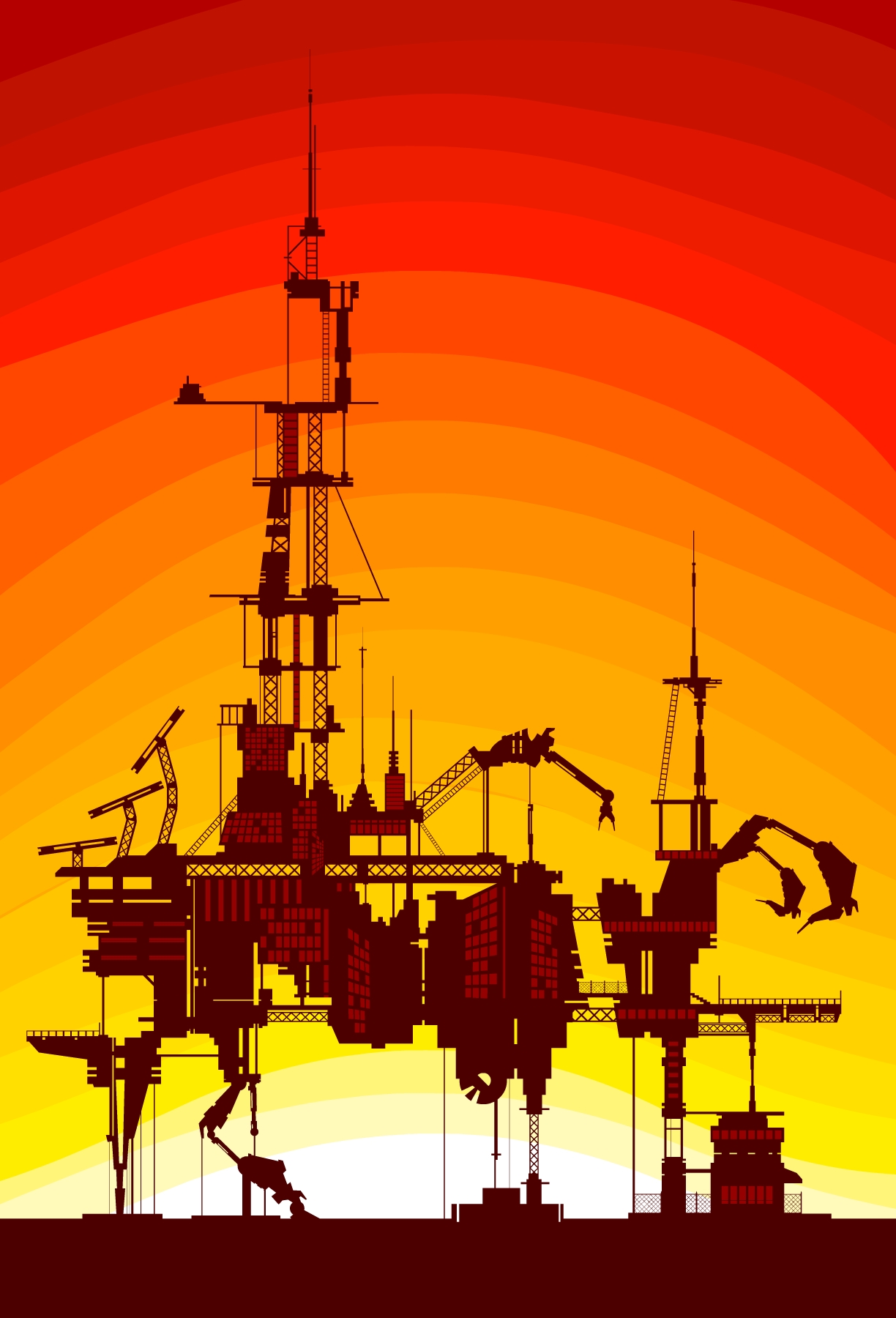 Sunset Behind a Structure

third part of the series, mostly working with reds and warm colors

Here's another great picture because of the justice it does to itself. It kind of makes you wonder what this thing is used for. I'm guessing it's probably used for oil, if only because it looks like it's going into the Earth. I like how organized the little squares are that make it up. There are just so many things going on in this picture. It's a bit weird to see such large things drawn with such straight lines.

I think my favorite parts are the three things in the left hand side. They seem to be slowly building up to themselves as they go along. The sunset is also great. It has some more simple shades that contrast so well with the hard solid colors of the structure. It looks like it has windows and could be some strange building.

I really love the warm colors, the wild structure.

The only thing I gotta say is you used to many colors for the last 3 colors on top.

I love the detail. The title could have been more creative however :)

thinking of something right now. Need it for critique day

Pretty good in it's simplicity. It would've just look weird if you've used a larger variety of clors.