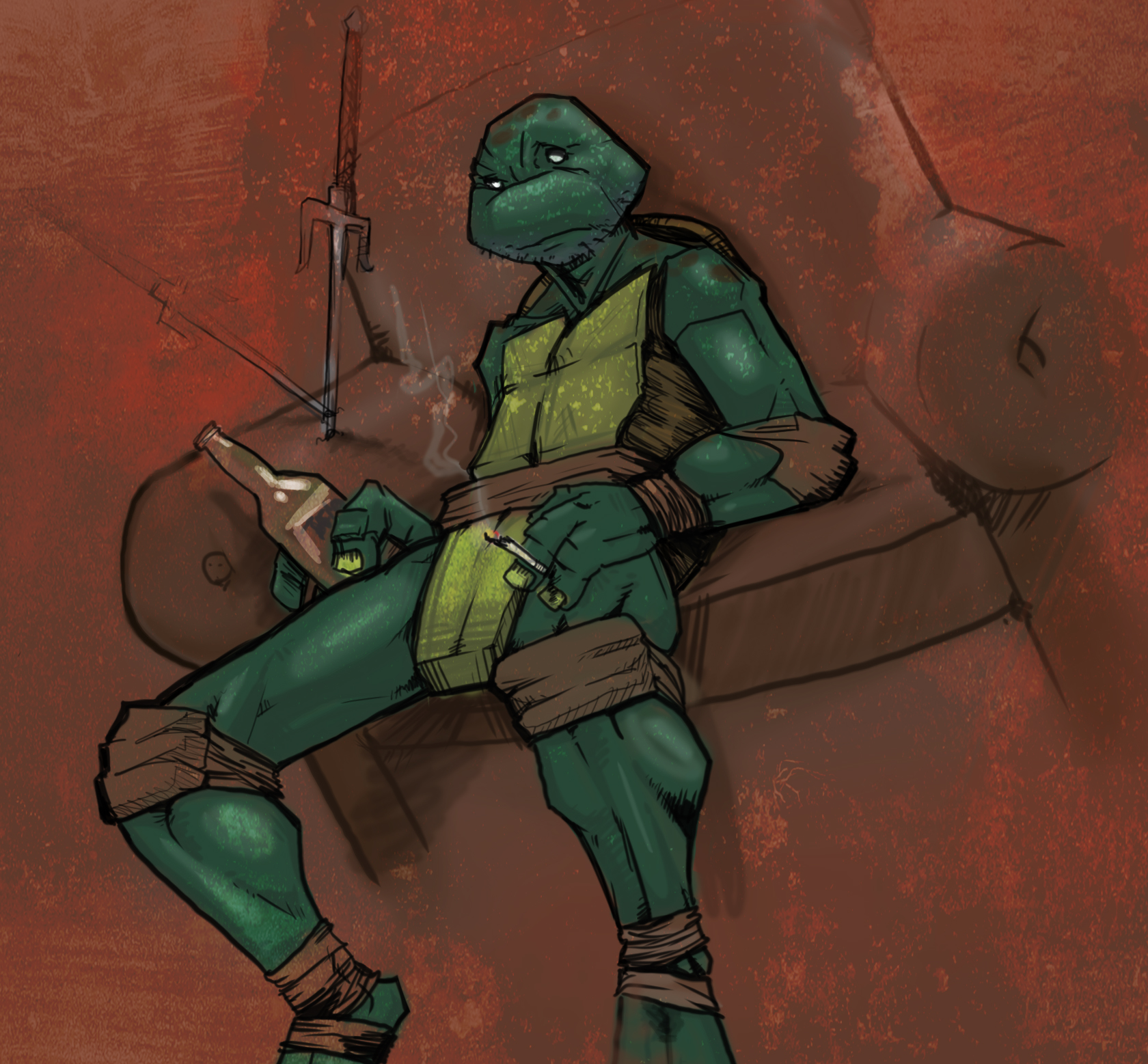 Can the turtles remain teenagers?

Now this really is an original idea. Aging characters is nothing new, but doing it with animal characters is brilliant! I admit that I don't know what the teenage thing means. It's probably just some generic term for them. I mean, they're mutants, so they probably wouldn't age. I recognize the red color.

Yeah, it's great that you add depth to something many people consider silly. Then again, the original comic books were more serious. Seriously, they were! At least he's of legal drinking and smoking age. Middle aged ones would be bad too.

Clever use of the rating and name! Also nicely drawn!

Actually, Kodiak, in Michael Bay's new movie, they aren't even teenaged. They're just Ninja Turtles from space (blasphemy!) :( But this drawing very well depicts what they might be like today. Good job :)

one day when I'm a KaBiliionare, I will find out what Micheal Bay finds dear to his heart and then i will proceed to transform his beloved memory into a giant ball of crap!!!

Then he will finally know what he's been doin to all our childhood nostalgia!!