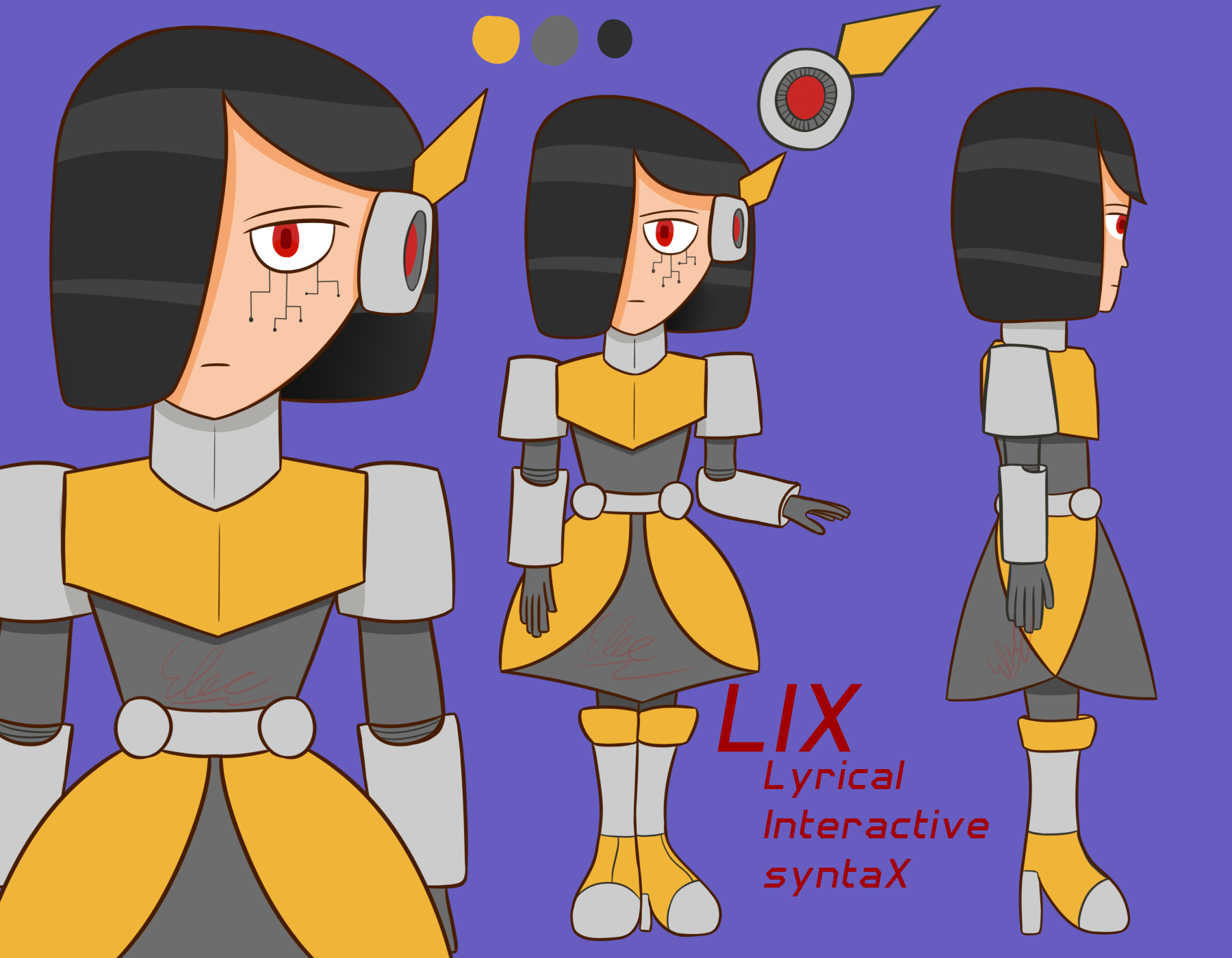 She's a Robot Idol popular with the humans, especially teens and young adults.

But she has an cynical view of humanity, to almost hate humans.

But i'm thinking to make an human friend for her to balance that. An hyperpop singer. Stand by for that.

She's the result of thoughts originated from listening to PrincessZelda2020's MM7 Remixes of King Castle and Final Boss of Mega Man & Bass.

From an Human who turn herself into a Robot due to her hatred of humanity.

To and Robot Idol who liderates an robot revolution with a song what became an revolution anthem.