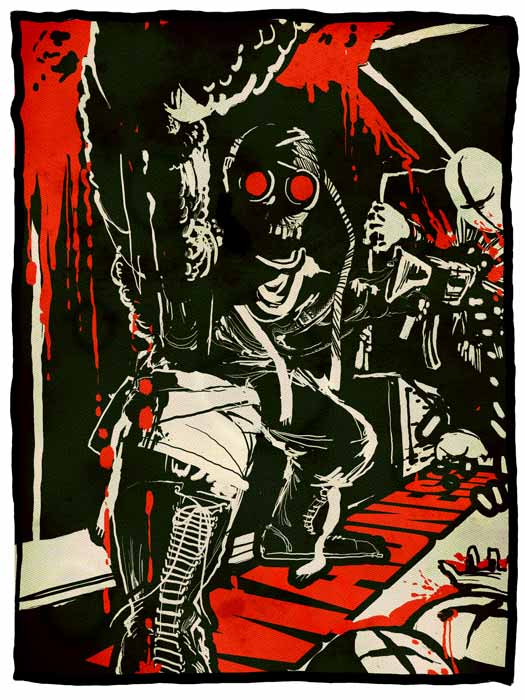 thats a good one :D

My gosh, it's impossible to not portray this character in such an awesome light! This is one of the most original I have ever seen, because of how different it is. I think my favorite part is how he is depicted shooting the henchmen. The way the blood just seems to ooze out of his gun is wonderfully done. It's great to see how well he can look with such a vastly different design. You guys should seriously work on original flashes with this artwork.

Of course, it must have taken hours to make a single picture, so it would probably take years to make a full submission. Hey, I'm sure it could be done! I like how his shoelaces make him look so awesome. Who knew that shoelaces could make a character look so cool? I guess with all the blood and destruction around him, it's hard to imagine him as not good looking. I've only now realized that it's his crab arm Hank is using.