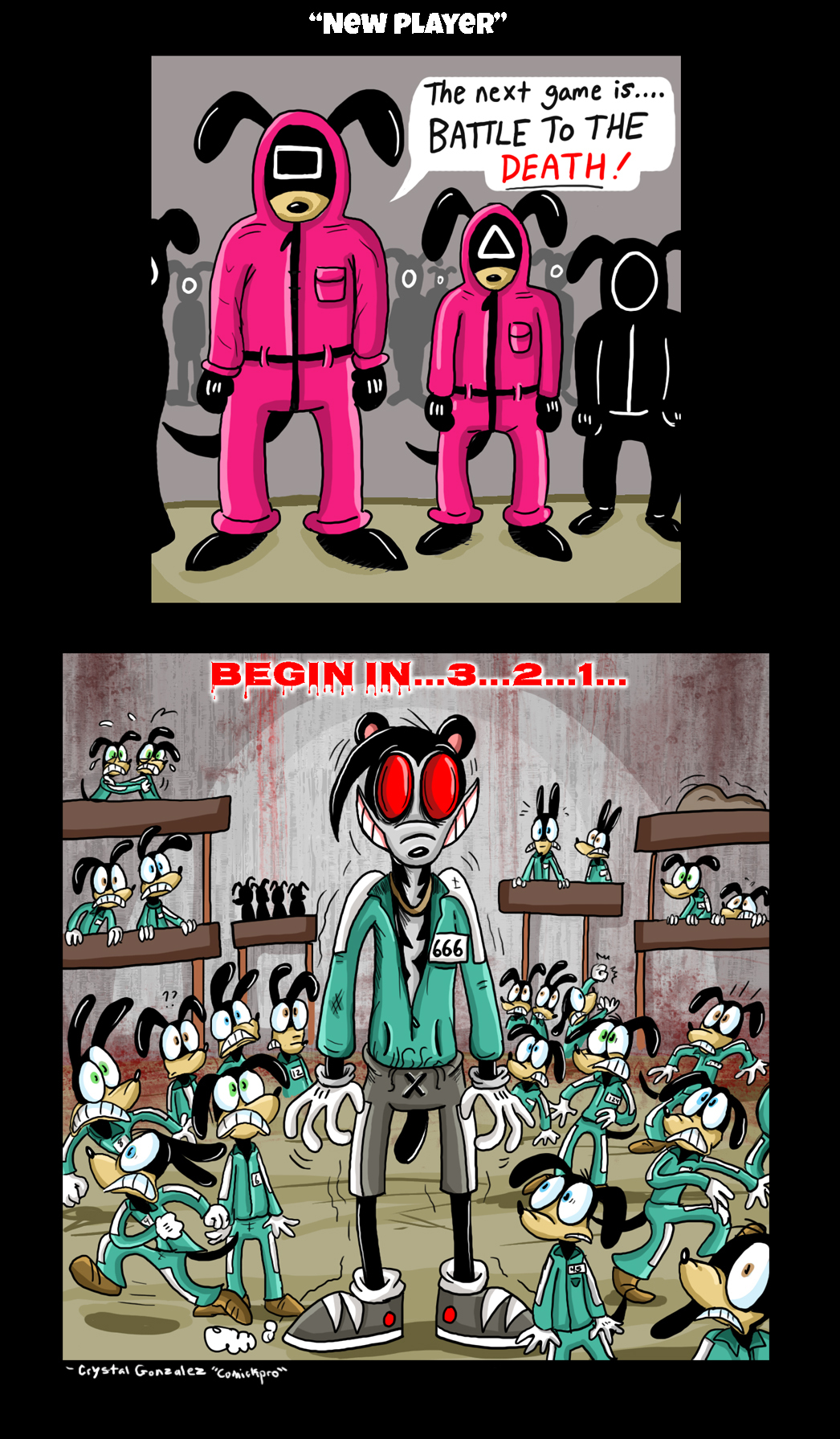 After years of begging for money, Skitzo gets picked up as a "new player" for some odd challenge called Squid Game. He was later disqualified and got nothing for killing all the contestants, and the soldiers...and the front man...and the vips....

On a side note, I finally watched this series and loved it haha. Great story, characters and plot.

Skitzo get out of there!

I dont think he has much to worry about...its the other contestants around him that does!

Keeping up with the times are we? I didn't like it personally, I'm one of the many who say it's over-rated. All it is is just SAW with children's games, if I wanted to see something like that, I would've just turned on the Shotgun Carousel scene from SAW 6, or maybe just see if "As The Gods Will" is any good, heard Squid Games ripped off one or two of the scenes from it... Though, then again, Danganronpa's a good one too... Oh, but if you want a true gem, I'd reccomend Drifting Classrom, that's a good one too... Oh, where was I? Oh! Yes, yes! I feel bad for Skitz for losing, there's always next year though. :)

Reply: Hey! John Kramer was a great antagonist in SAW, you gotta admit! That guy had some development. ^.^' Ah well, Happy December 1st. 24 Days till X-mas.

Haha well I have to disagree with everything you said there. XD The character development to me was far more enjoyable then any person in the Saw films.

Figuring with Skitzo playing, the game name should be renamed from the Squid Game to the Calamari Game.

Yeah that would make more sense hah, dead squid , extra tasty with all the flavor

Lol, everyone's gonna die with Skitzo around! With him, there is no game, just MURDER. XD

Should have just called it Murder Games XD

This is simply perfect.