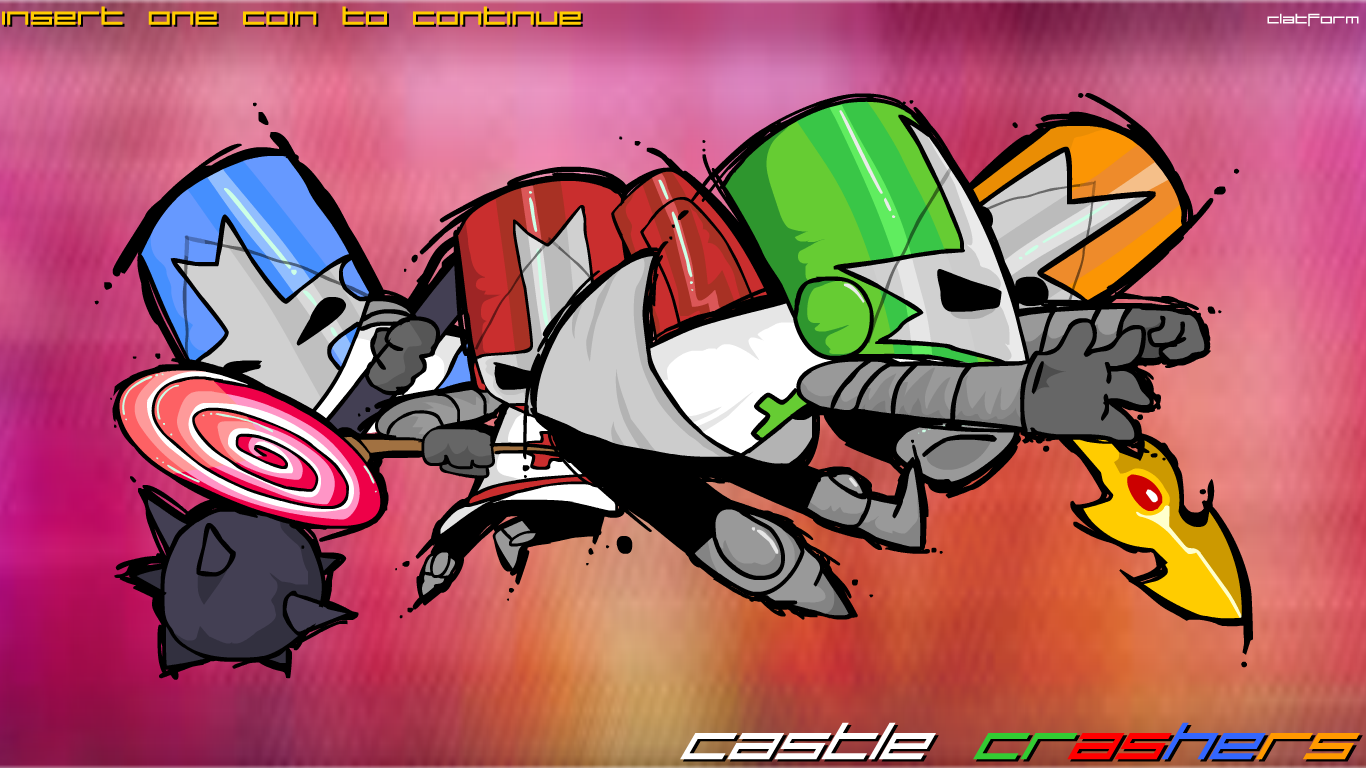 Insert one coin to continue.

you wont regret it

Love that sketchy feel to it!

Very cool piece of fanart! You captured their chaotic spirit, and conveyed them with a strong sense of motion, very well done. I love how the linework feels both appropriately/intentionally messy, and yet frames the characters individually and as a group extremely well. Colors are great, proportions, characterization, all very well done. Good work!

Looks like something that could've been used in the game, a short animated transition of the castle crashers just rushing by, reaching out for the next level, a neat loading sequence. The sketchy style of lining looks nice and itmakes the characters look speedy somehow, also nice glow on the helmets. I like their weapons too, level icons of all shapes and sizes. :D As for the background, it reminds me of the background for the flash portal animation, same color and everything, is that inetnional? The lower Castle Crashers text looks a bit simple compared to the rest of the pictures, but apart from that it's a nice piece!