For the month of January we have disabled ads on all E-M content. We need 176 people to reach our January goal of 3,000 active supporters. If we hit that, we'll continue with a new goal in February! 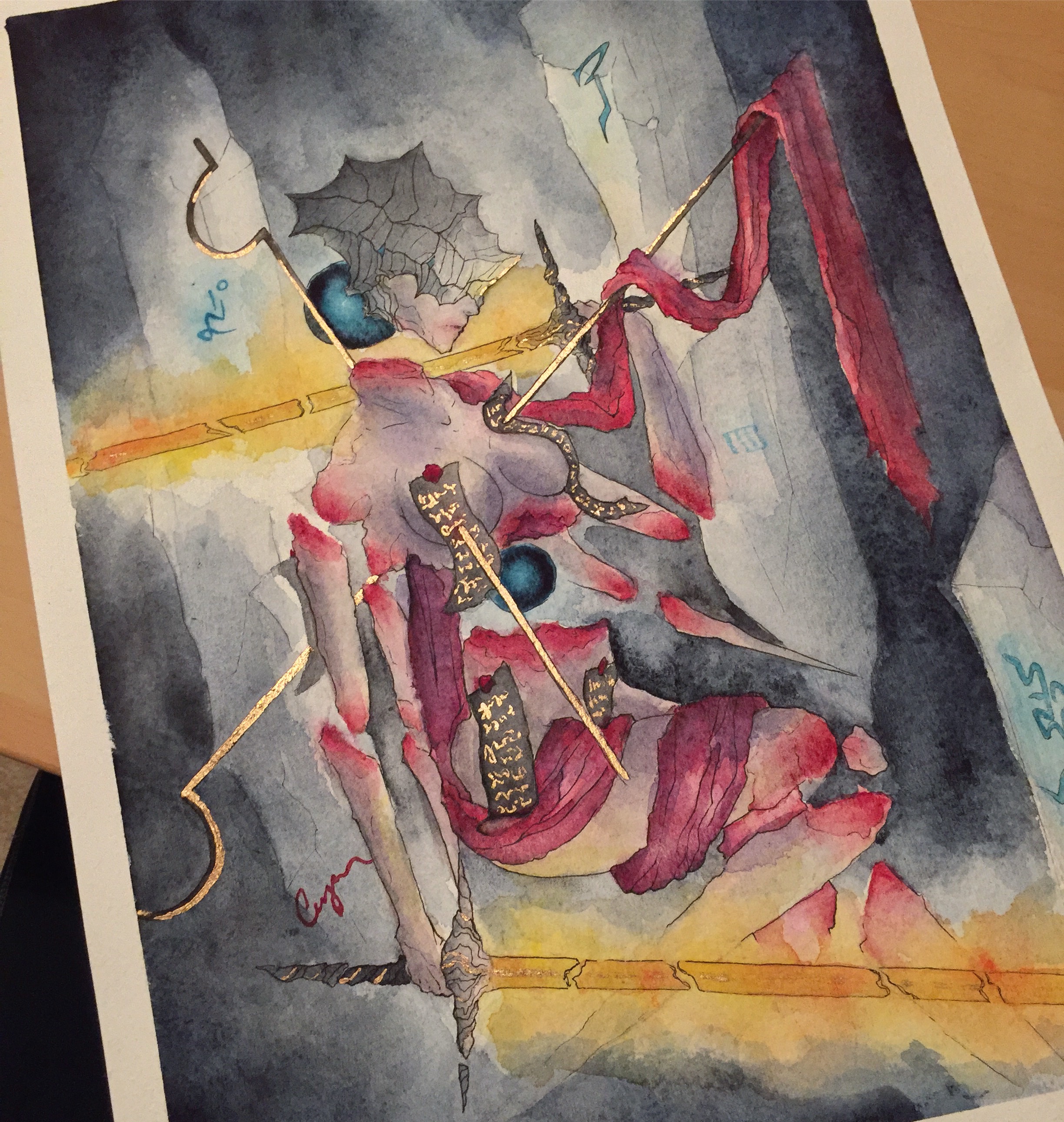 This is one of my favorite characters to paint, she means a lot to me. Ill go into her background more one day.

I appreciate the way that you handled the separated body parts. It put a sentence in my head that reads: "It's not -too- graphic, but just graphic enough to know you're serious." Rather than veins, guts, bones, and dripping blood, the soft red areas can still strongly imply gore and that this character was not always this way (once whole) -without- causing as much instinctive discomfort in casual viewers. The continuation of the separation theme in the fragmented swords feels very important to the overall picture & character, and the overall feeling is one of purposefully grim elegance. As though this character was some sort of deity. Perhaps one of sacrifice or devotion in the face of pain or violence. I'd be interested in the background you speak of, should you ever get one posted.