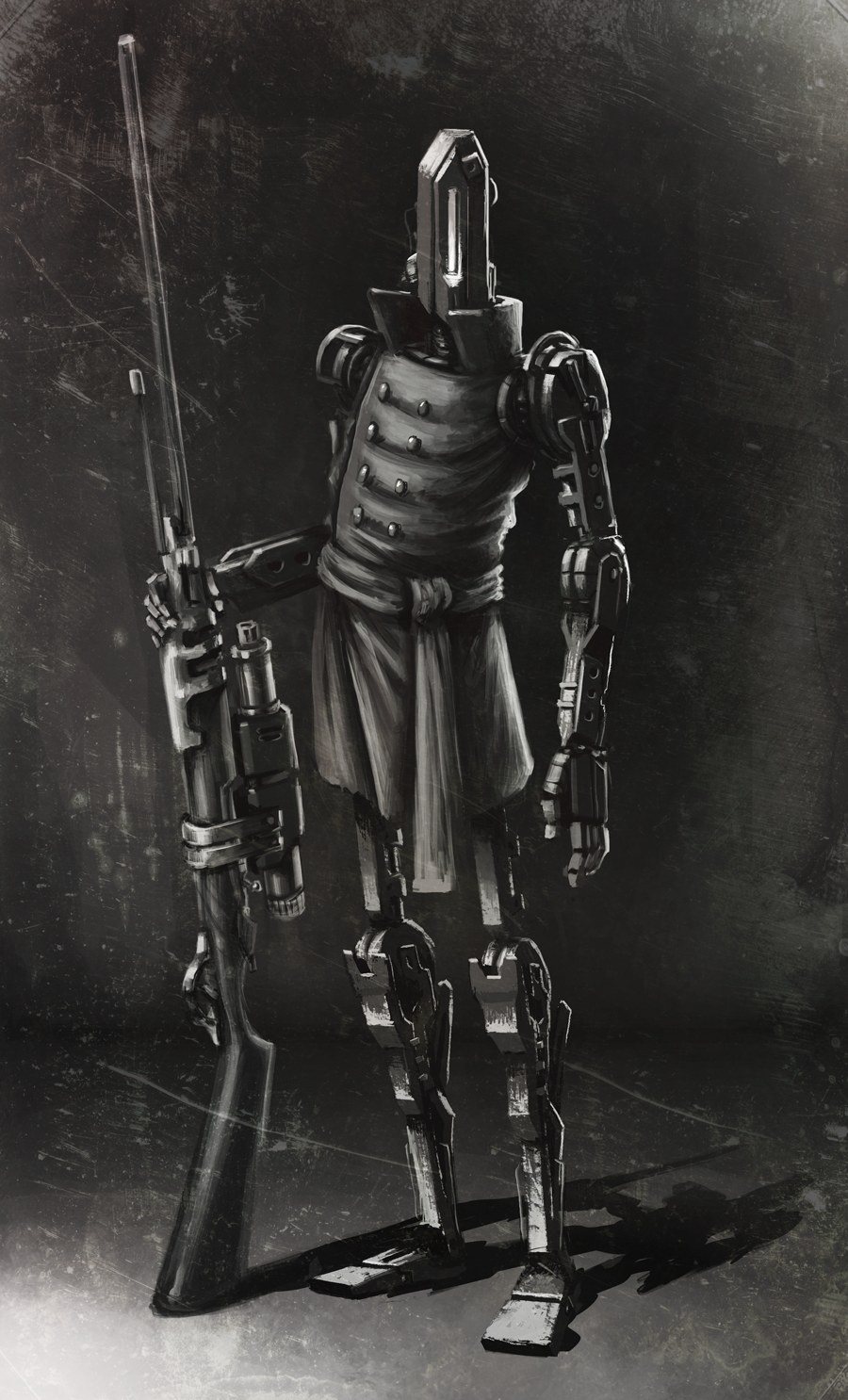 What's there to say? Stellar black and grey piece, the shading is seemingly without flaw. (nothing I can notice anyway) The rifle's design is perplexing in a couple ways: the scope isn't of the era (I realize it's a robot and obviously incorporates fiction, it's just confusing why you would label it as WWI) and directly beside the barrel, what I assume is the loading mechanism, looks off at the tip size wise. (like a mistake) I don't know just seemed unintentional.

His dress is suave, his battle worn coat ready to see battle once again. Flipped collar means serious business. What do robots fight for anyway? Is he just a pawn, being used by higher ups -humans-? Or have they advanced to the point of artificial intelligence and fate has met them with their own war...

The mechanical aspects seem made for use, as in not overly decorated and fancy, with signs of wear. Beautiful portrait, you deserve all the recognition you're receiving and congrats on front page.

Whoa!
Loving the textures and detail in this.
The different shades of grey definitely add a cool, metallic vibe to this sneaky soldier.
Good stuff.