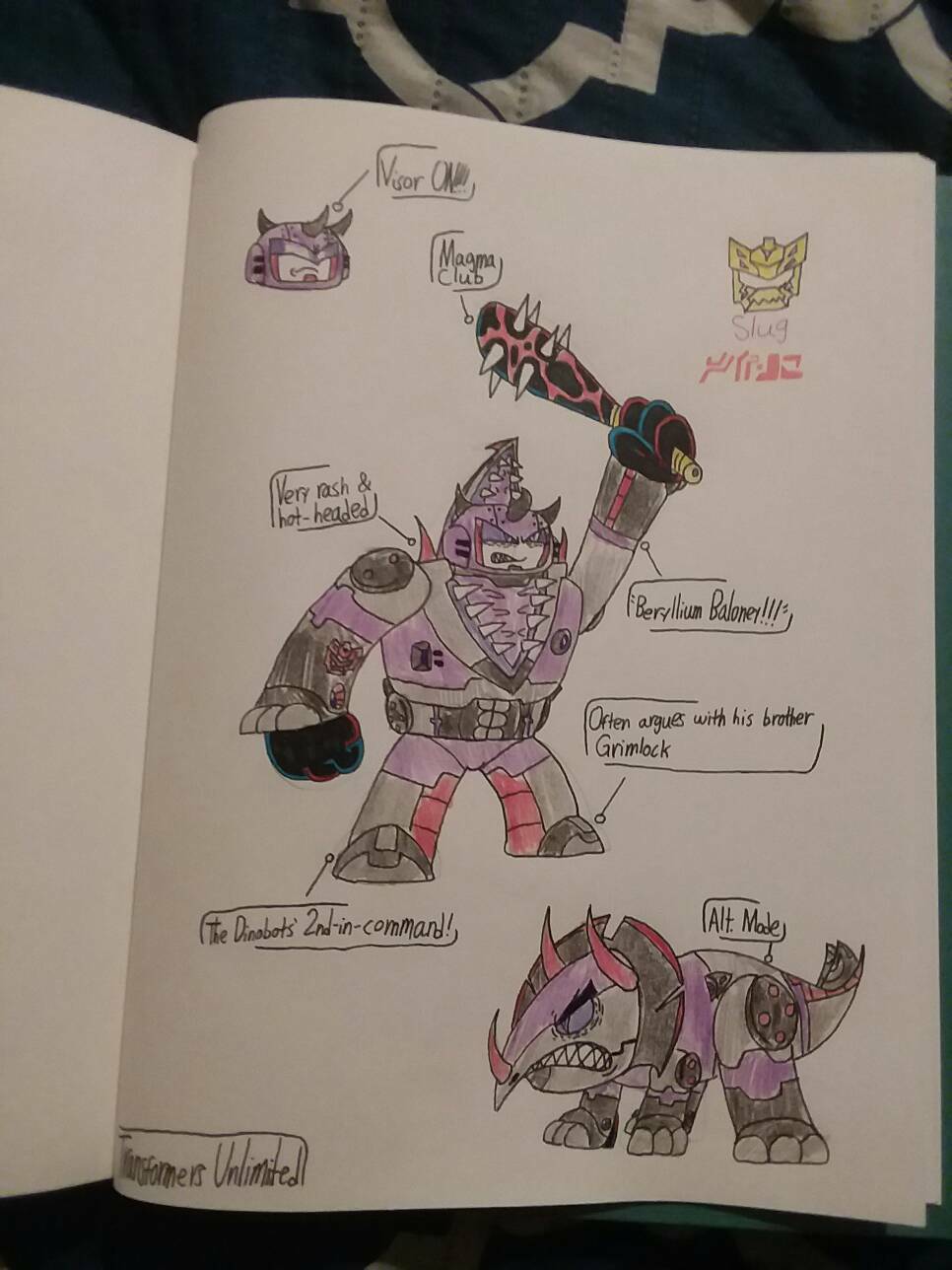 The 2nd-in-command of the team is the second oldest sibling, Slug. He's considered to be very rash, hot-headed, & sometimes disruptive. Though he often argues with Grimlock and tries to take matters into his own hands, he still cares about his family & the protection of others.