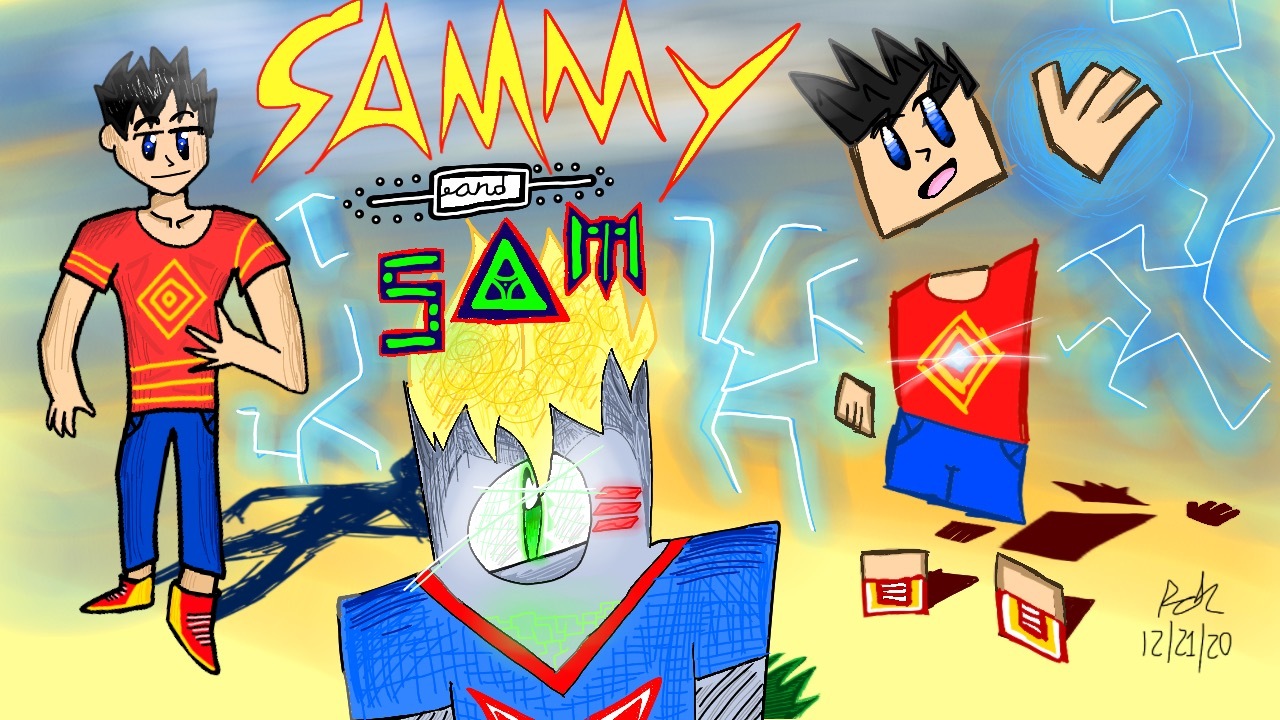 Some art I drew of characters from a comic series I created some time ago. In short Sammy and Sam is a comic about a normal teen (Sammy) and an alien robot (S.A.M.). During one night he gets kidnapped by a spaceship and obtains the power to change dimensions, as well as other mods. There he meets a robot also captured named S.A.M. A friendship is forged and together they battle the forces of evil.

If you happen to like this comic and want me to post a remake series of it, express it in the comments. Anyways c’ya and have a nice day. :)