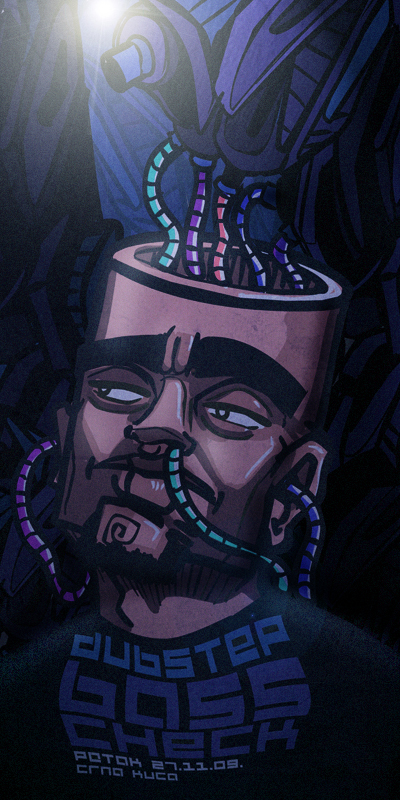 Wow, this was a really weird picture. In fact, I seem to say that about a lot of pictures. Then again, I think this does stick out as particularly strange. BTW, it's still an awesome picture. I think it's mostly because it reminds me of this video where a rapper (forgot his name) demonstrated force feeding in Gitmo. Yeah, I bet you probably weren't thinking of that.

It's just interesting to see a guy who seems to be made entirely of tubes. That's all he seems to have in his head. I really like how you position everything. I can't tell if the logo is his shirt or some other part of the picture. I just like its overall appeal.

One of a kind

Hmmmm dubstep
Are you from the UK?

love it! really original and expresive 5/9

Cool poster bump. Also, eyes only has it kinda right. This does look like a stilsuit.

Very cool over all.

Reminds me of those guys from Dune