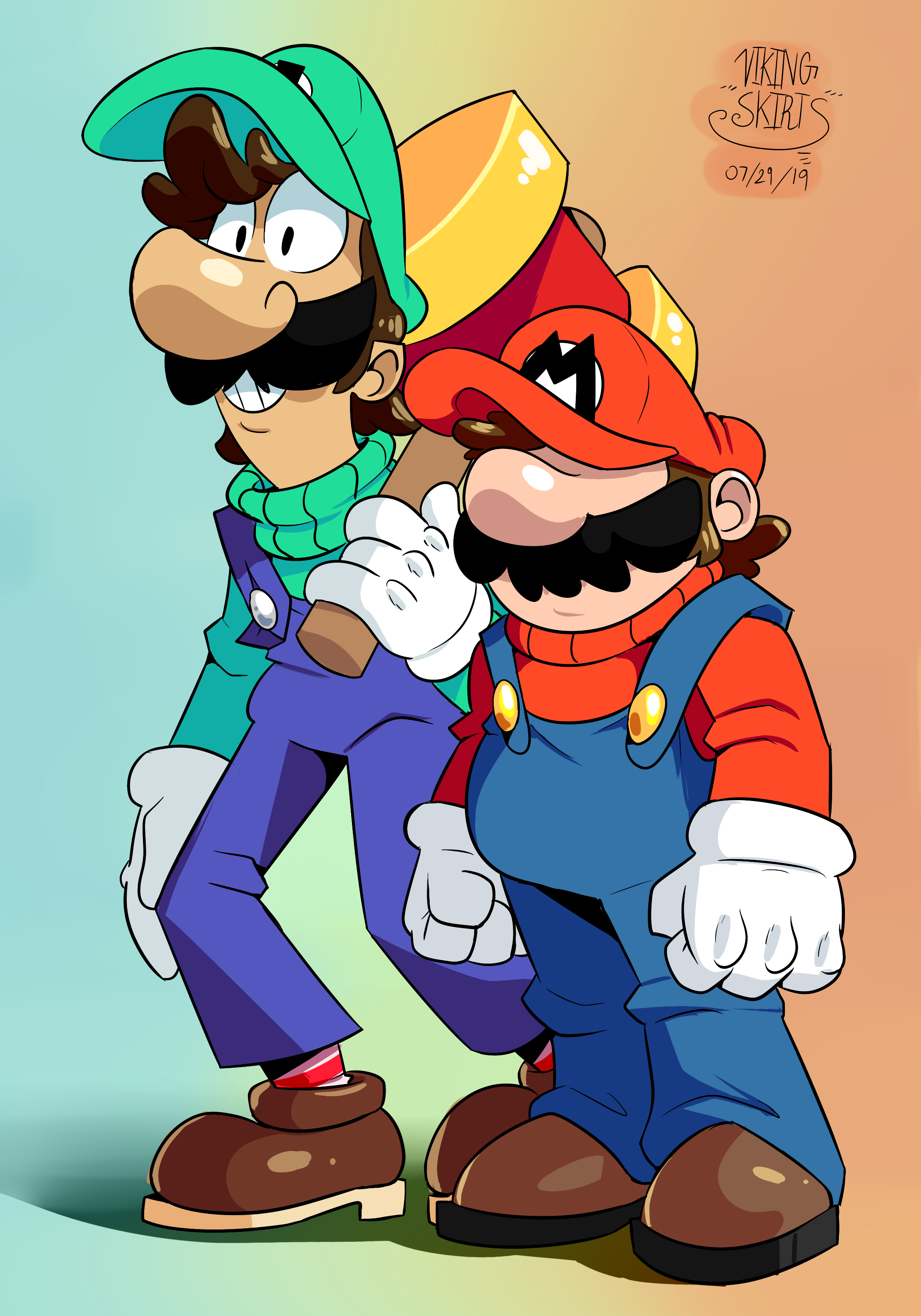 Mario and Luigi done in a bit different of a style than usual. Had a lot of fun with this piece!

Oh, nice! Hope you get scouted ASAP! You have a fun style. I think you captured the dynamic perfectly, except for Mario seeming a bit off, namely having no eyes or having his eyes at the top of his head. I think if you'd made it so that they were visible but tiny could maybe have been funny, but would have ruined his whole thing, so I guess you should have just lowered his nose a little and obscured them with hair. Lugi I think is perfect, though, you absolutely captured his essence while still giving it a fun, parodic spin. Love the thin, angular linework and the angles, too. I love the shapes the shadows create, but the lighting seems weird. It seems to be coming from behind and in front, but it also doesn't reach some places it should definitely reach, and reaches some it shouldn't. It's like some of it is coming from above, but then more of the hammer's closer hitting side would be lit. Try paying more attention to that, and keep it up!