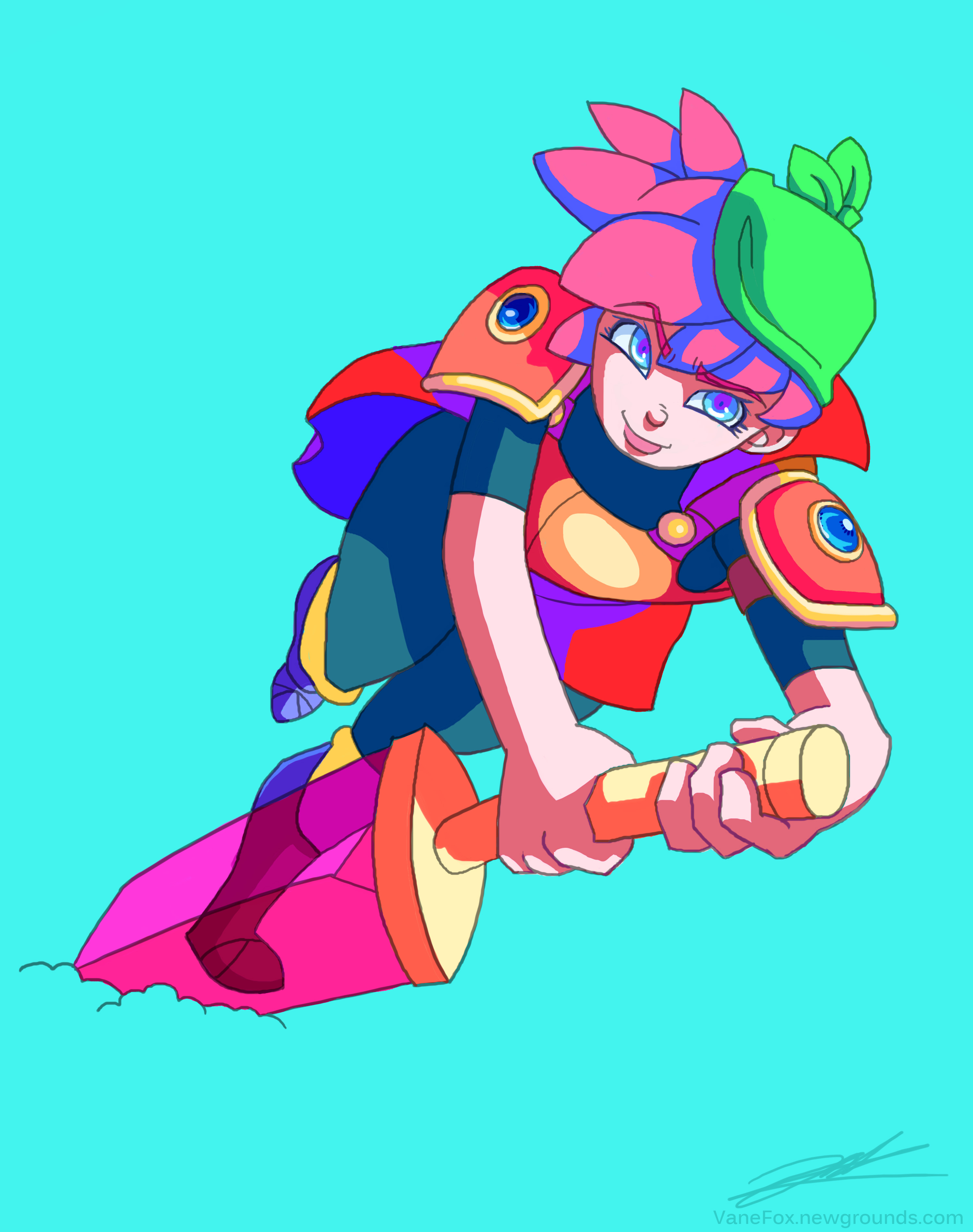 So I had a random idea for a pirate knight because I hadn't actually seen anything like that before and what became of it was this cutie, Spabby. She has an extremely heavy crystal sword, so much so that the handle bends. She's sassy and has super speed and strength. Cutie patootie.

ummmmmmmmmmmm this taste like egorator! What's next, you're going to leave Newgrounds and start a Let's play channel?

I see that you were trying to emulate Arin's style, and that's good for experimenting or just for having some funz, but honestly it just looks like a cheaper version of it, if people wanted to see Arin's style, they would go to Arin, unless you add your own touch to it, you know, take whatever you like the most about his style and combine it with other things that you like about other styles... i don't know.

Apart from that i don't think the pose is working really that well, i think she is very unbalanced, with the sword adding to that. Usually running poses are unbalanced, yes, but you would expect her to be trying to balance herself a bit when carrying such a huge sword, she looks like she's falling, i can't picture where she would step next with the sword in the way. Also the colors, while in Arin's they look kinda like these, there's something that doesn't make them work like in Arin's, wouldn't be able to tell you what, though.

Sorry if this felt like i thought too much about it but i'm in sleepy zombie mode and i just felt like doing it, hopefully you get something helpful out of it, Newgrounds lacks a serious amount of critical reviews.

EGORAPTOR WRITTEN ALL OVER IT.

That was the plan! Glad you can see the obvious style choice!