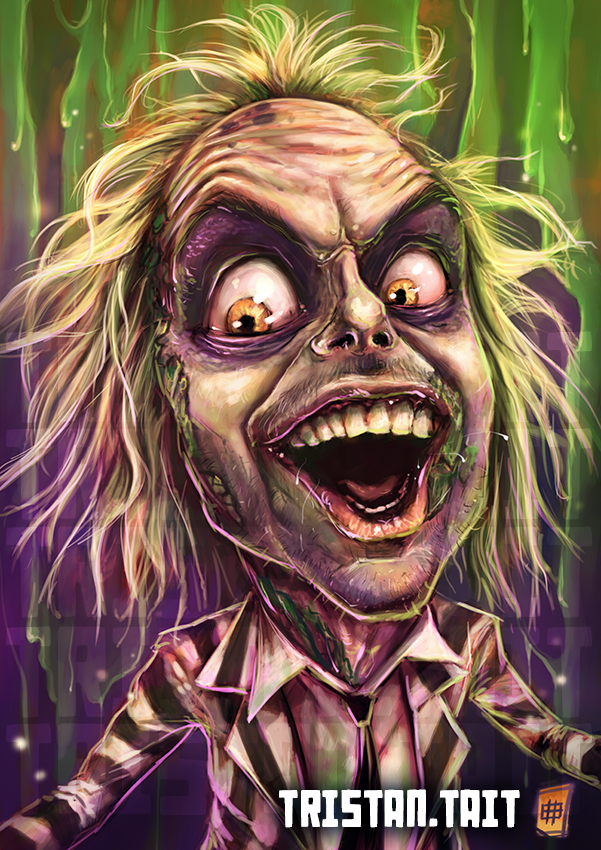 --EDIT--
Thanks for the Front page everyone!

5 hour sketch of the ghost with the most, Beetlejuice!

--Apologies for the mass watermarking. I've been having trouble recently with jerks stealing my art and selling copies, so I've had to start covering myself a bit---

Keaton and Burton would be massively proud!

It made me laugh because the series had the second season opening banned because parents thought it was too scary for their kids....even though this kid ( at the time) thought it was the coolest thing to look at.

For those who don't know, it was basically a top-down close up of his face, laying in his coffin, with a bug crawling in one eye and out the other.

Thanks! Maybe one day if I'm lucky they'll get to see it :D
Haha that's awesome, I remember the show but not that opening sequence. I'm going to have to look it up

great piece of work
really like your style
keep up

Thanks man! Glad you're liking what I do :D Got a few more to upload yet, so keep your eyes peeled

Everything about this is badass! Love beatlejuice and love your art style. Keep on rockin man \m/(-_-)

Haha thanks heaps man! I'm happy you're liking my stuff :D Got a few more characters to upload yet ... gotta pace it out haha