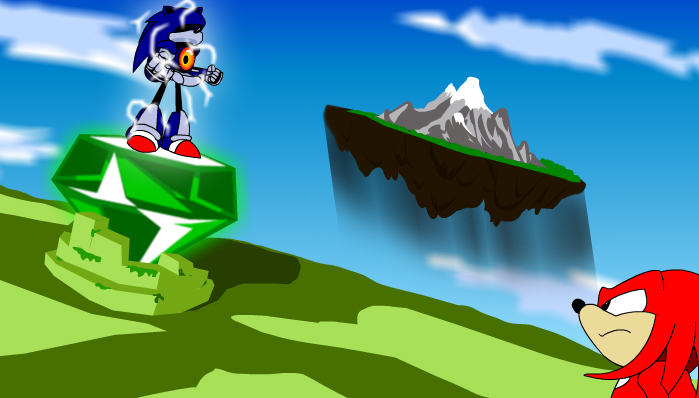 I was bored one day so I quickly did this. Its the final battle in Sonic & Knuckles when you play as Knuckles. Mecha Sonic opens his chest plate and absorbs the the Master Emerald's power to become super. I'm disappointed with it though, definitely not my best.

So here we go some sonic themed scene here with some nice and nifty elements on this one, love the large emerald and think some added shine and sparkle on the emerald would be nice maybe even more glow and shine on the power surge lightning bars surrounding the sonic character, but other then that this was cool, some nice artwork here and a great scene with nifty details.

~~SUGGESTED IDEAS~~
I have suggested a few ideas here.

well i think its awesome. LOVED YOUR WORK IN SONIC SHORTS!

I love sonic and knuckles!!!!