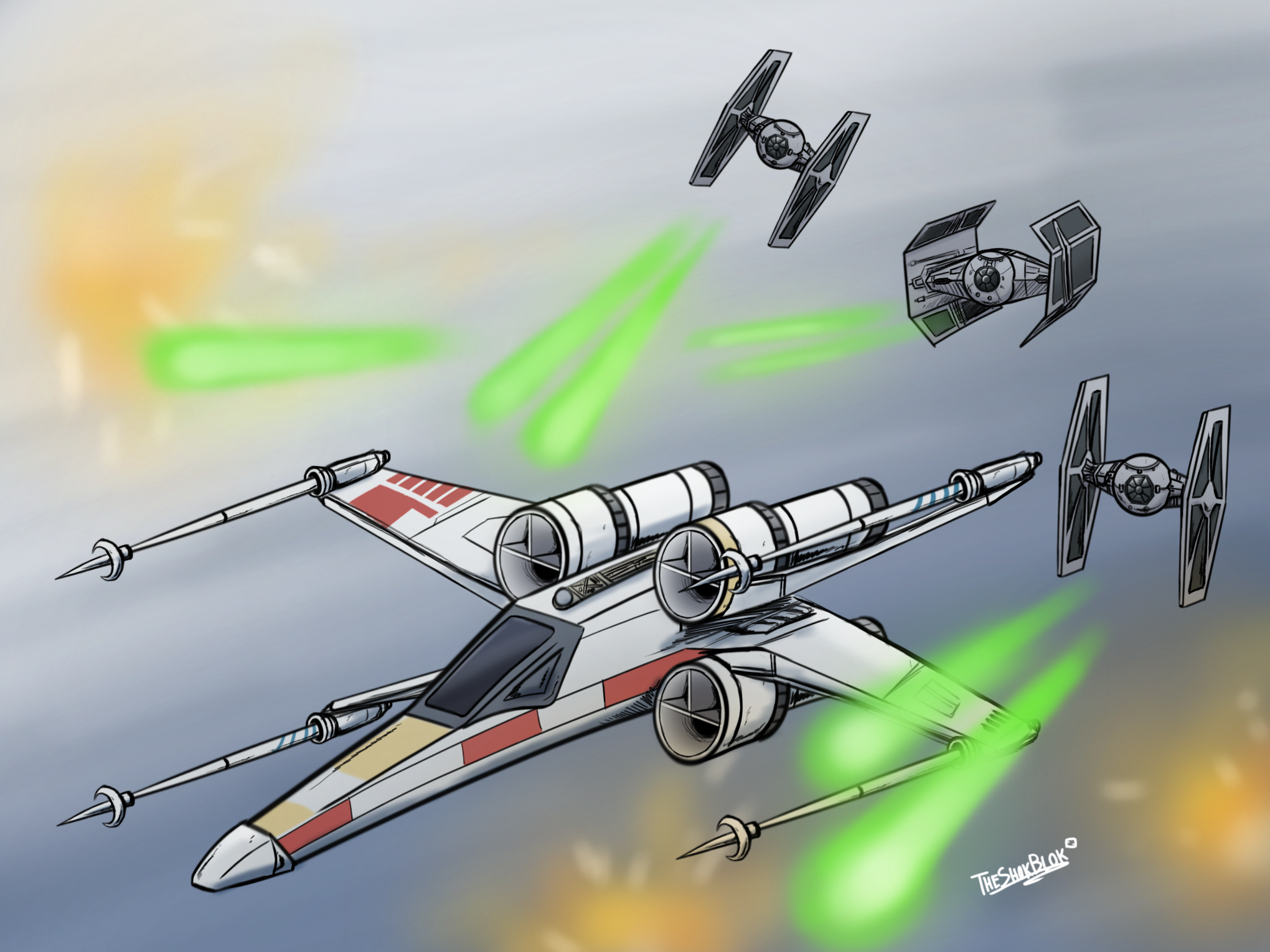 This looks great! Nice action scene. It's hard to get everything looking smooth, natural, and in perspective with ships as well, so I really respect that everything looks in its place. I think some improvements could be for the green lasers, making them thinner and less transparent to match their look in the films and games. Right now they look similar to sprays of some sort -- but I totally respect that I myself can't really draw lasers, and the perspective of the right side of the fighter is a little off. Everything on the right should be just slightly bigger in order to cue the brain that we are closer to it, which we are. As it is, the right wings look just a little smaller actually, which makes it look either lopsided, or distorted somehow.

Still a wonderful piece, and very nicely colored and stylized. I would expect to see this in a professional comic or graphic novel's illustrations. Great work!

I totally agree, thanks for the feedback! I always look forward to improve my stuff so this is really helpful

"The ability to Destroy a planet Is insignificant Next To the Power of the Force."
You Absolutely Smashed This One out Of the Ballpark.
You are way too Kind.

Well I wouldn't be so kind if y'all weren't so great

im suprised at how many things you simply know how to draw. so underated