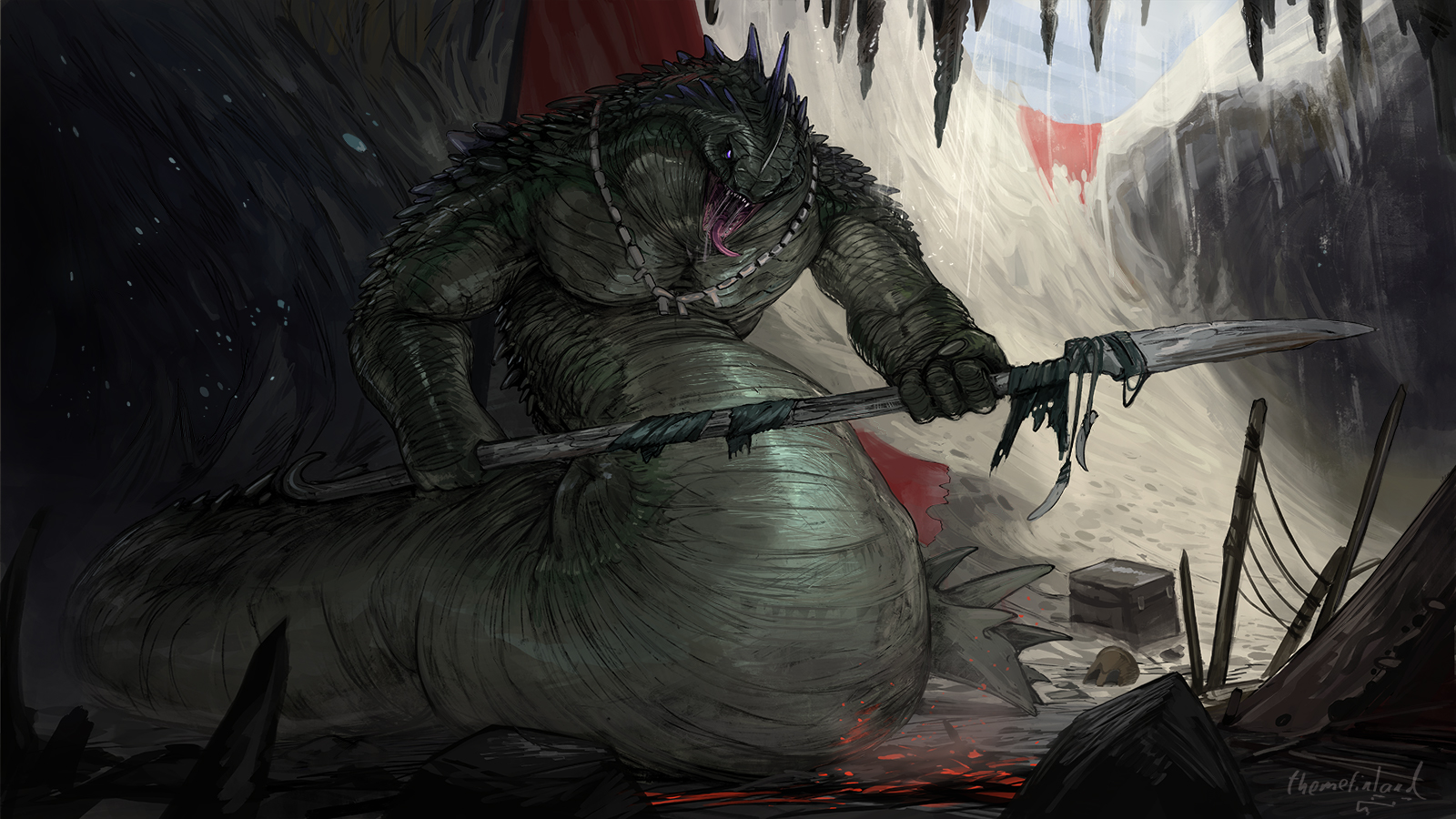 "At the eastern end of the Lunar plains and near the edge of the dragon tooth ridge lies a vast complex of cave networks. Within these caves dwell several factions of ancient barbaric serpents that rarely wander far from their caves. It is difficult to say how deep the caves extend and what treasures and wonders may lie within them as the nagas inhabiting them are hostile to all who trespass. However the glimmering stones in the caves have attracted many miners and treasure hunters as they have a beautiful shine and glimmer in the dark. In light they seem to eat away at the light around them, thus being very precious indeed for the albino dragonoids who held the night and the moon in high regard. Most tend to steer well clear from the caves and have a wide berth between them and their path, as sometimes the nagas may wander outside to hunt."