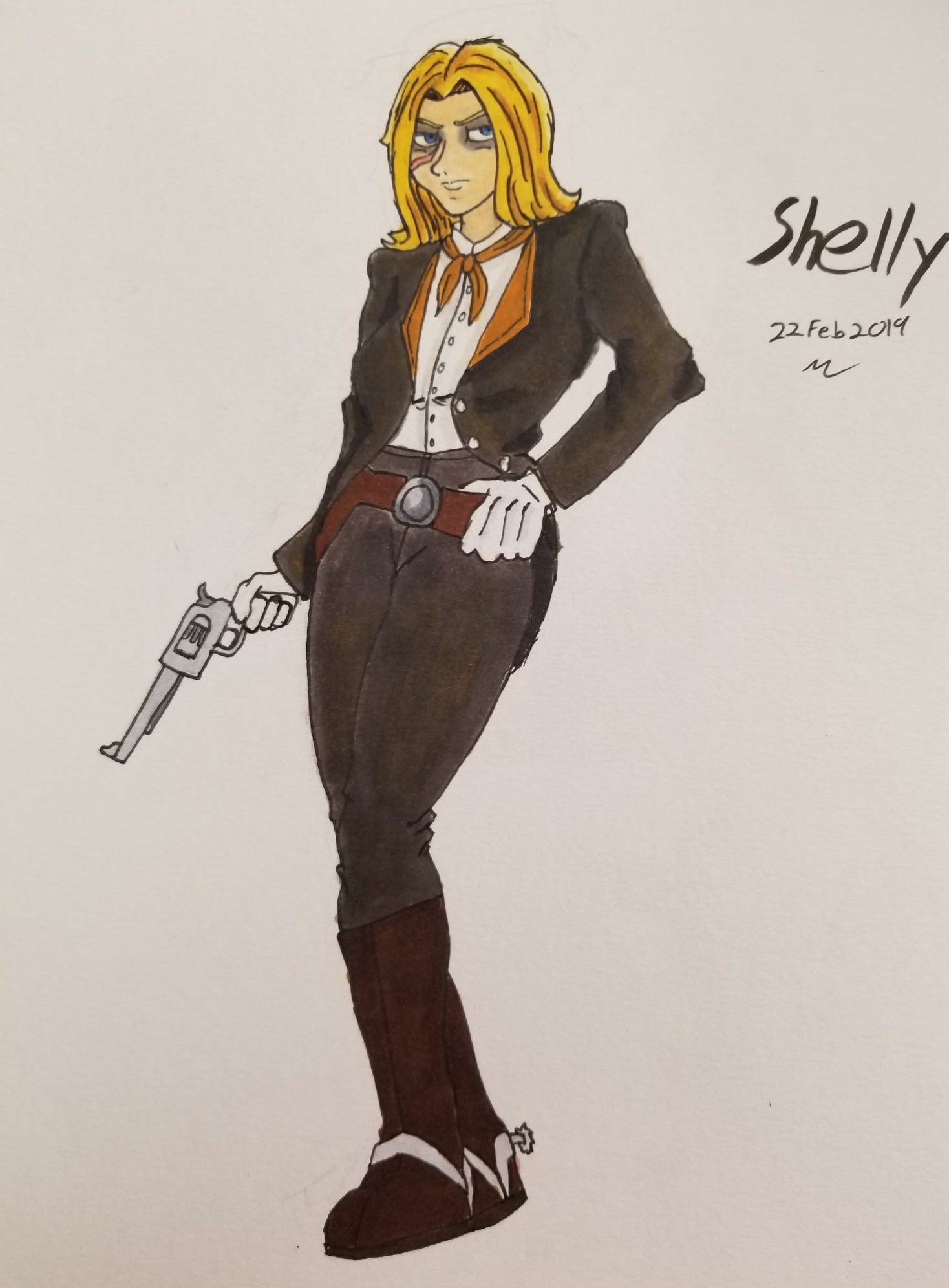 Been a while since my last art post. Have things slowly being worked on, but job searching in another state is kind of taking a drain on motivation. Still, I managed to punch this out in traditional style, but it reminds me I need to buy new markers for some of my colors

Anyways this is Shelly, made her out of the blue when trying out the beta for Red Dead online, which is fun, but not a whole bunch to do for the long term, but they are releasing new things on Feb 25th, so hopefully this adds some new things to do as well. I don't have much of a back story, she seen some shit, and she is a big herb collector, especially of the shroom type. I'm not good with hats so I opted for no hat here, I may try when I translate this to digital. For anyone who has played RDRO and is familiar with the clothing, her had is the Western Hat in the dingy green color.