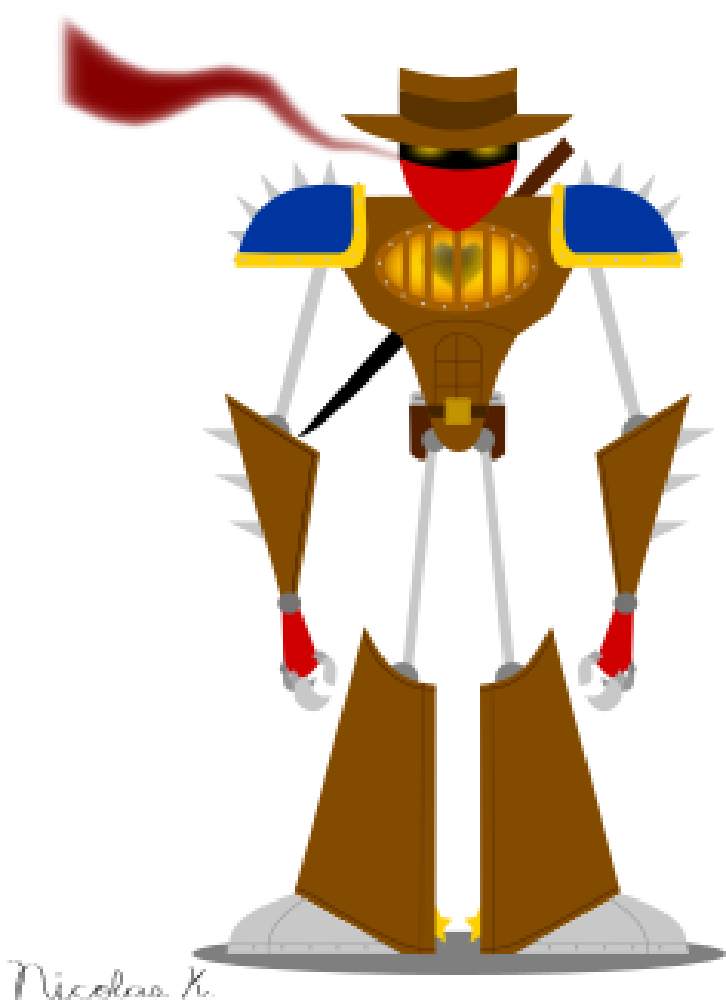 I had originally drew this in FireAlpaca, but I redrew it via Inkscape. I suck at using Inkscape at the moment. I'll probably have to redrew it again with less pixilation.

This is the Botty Hunter, he's from the distant future in the year 10000 where humanity is extinct & robots, anthropomorphic animals, monsters, & aliens are the only surviving individuals in the whole entire universe.

His birthplace is some planet named Steam Punk. Steam Punk is a Planet filled with steam powered machinery & what not.

Aliens created most of the planets through cyberpunk technology & it took them 1000+ years to finish each & every one of them.

He's created by some alien who's obsessed with Steampunk technology named Steam B. Willy.

His goal & life is to hunt down various rare species from various planets for profit.

His alignment is Neutral.

He has flaws such as inability to swim, poor gambling skills, inability to live/survive without his heart-shaped coal within his chest, poor dancing skills, poor singing skills, & anti-social behavior.