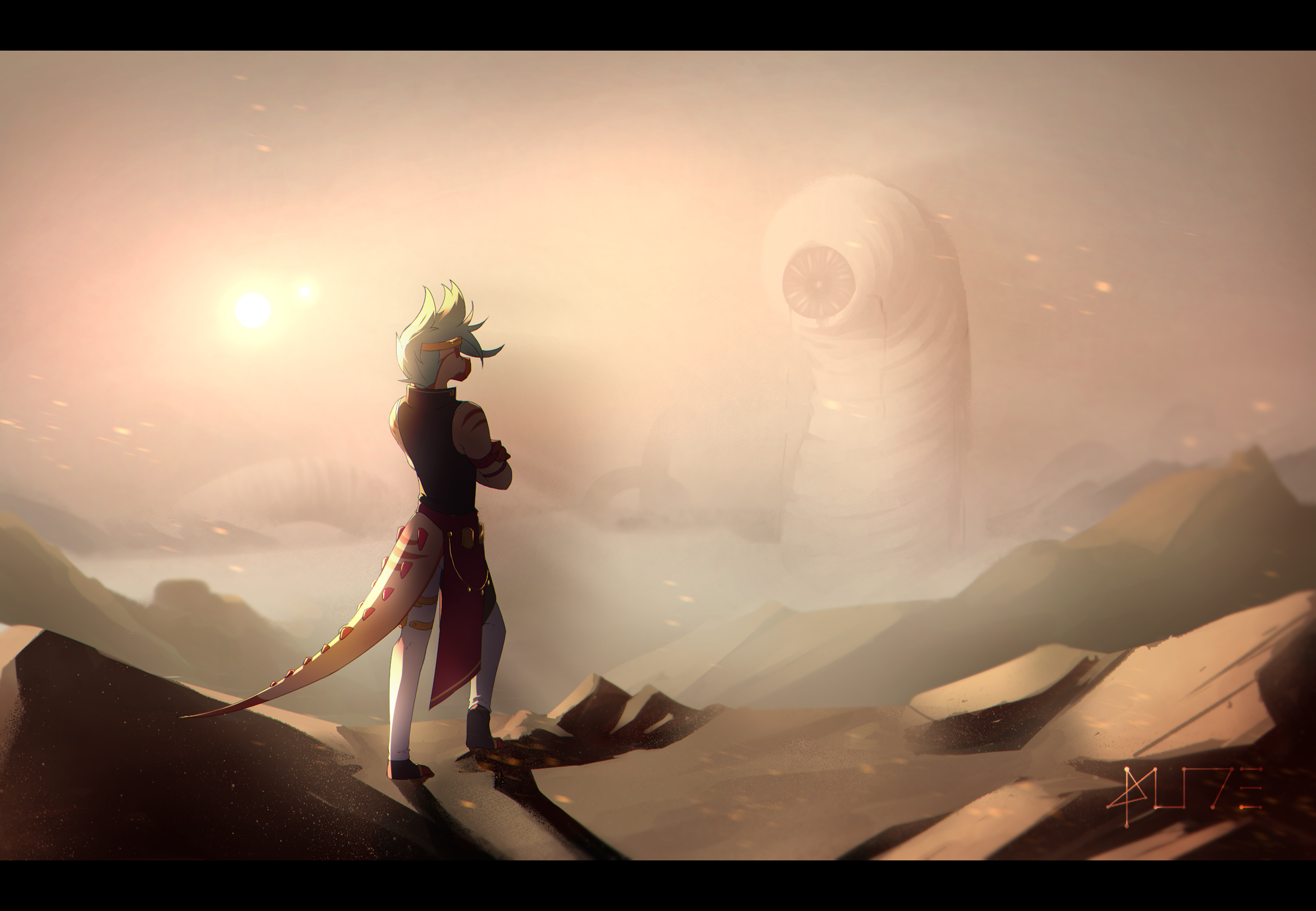 "The scattering debris don't come from vegetation. They are the remnants of lost travelers that have been consumed alive, excreted out and eventually baked under the sun for thousands of years, reeking this place of a wretched death we'll never forget."

Gonna plan on doing scenic stuff for the other Spheres because those need more focus.

I'm planning that Roesti's characteristic geography would consist of a canyon of Wurms that dwell underground since the beginning of its creation. Occasionally they appear above the surface during their active season, resulting in earthquakes and sandstorms that drastically change the landscape.

Residents that live among these areas are so used to the rumbles that they sometimes refer to them as messages sent by Rockmouth, a legendary deity responsible for purging the Sphere's contents every one-thousand years.

//what even good cropping preview thumbnail is this lmfao