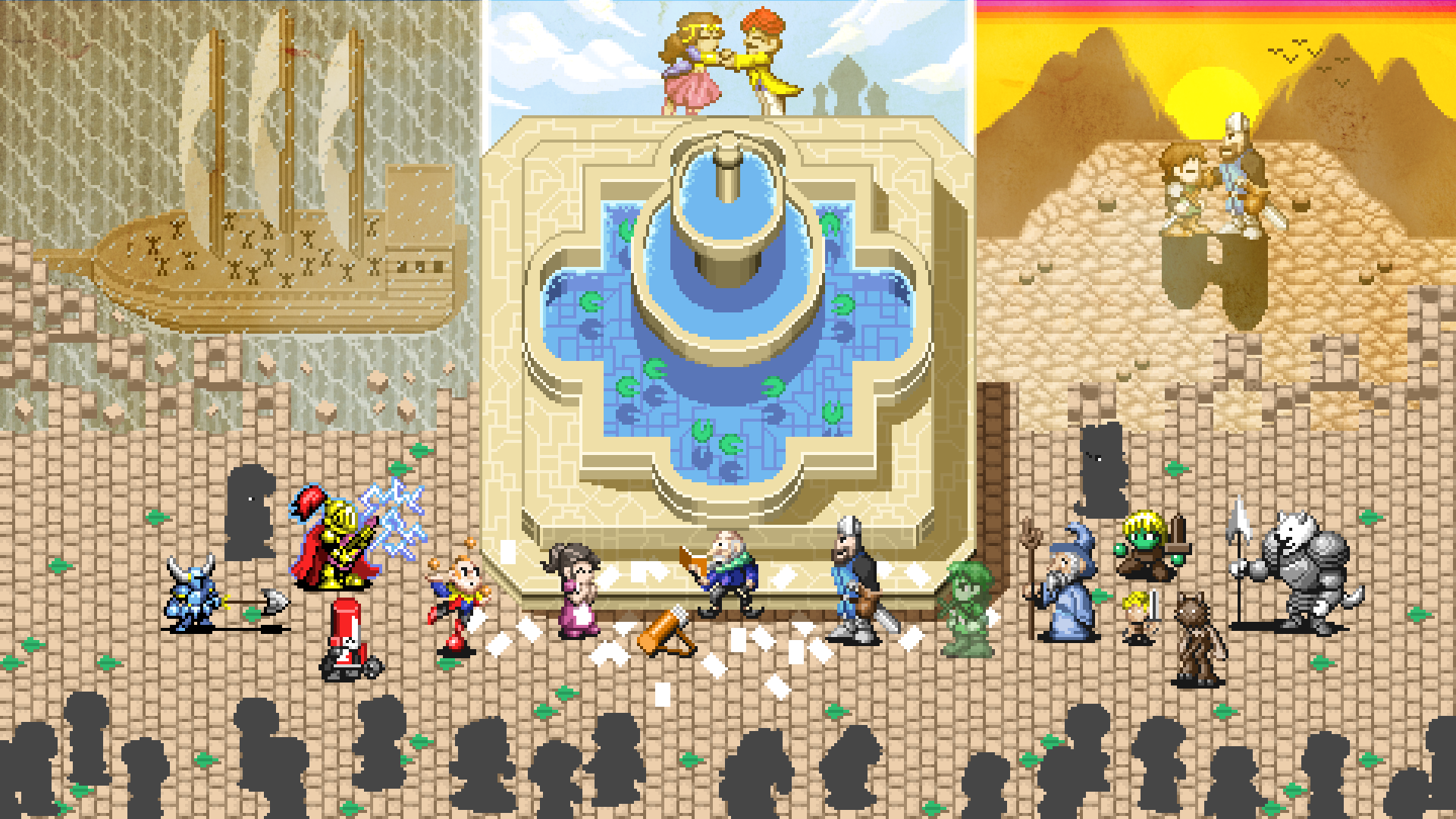 The Tale Teller No Densetsu Wallpaper

I have to agree with everyone who watched this short that it was very emotional during the last scenes of this animation. Thanks Jazza...

But I'll try not to shed a single tear when I watch the entire short a second try but I found the last scene to be emotionally sad... :(

PS: I have less interest in winter that reflects on the last scene of the animated short (I don't hate winter but I dislike it for catching an illness during that season).

I really liked that animation as well, it's actually one of my favourites. It's cute to see them now portrayed in such a small pixely scale with other characters of Jazza around them and their stories happening in the background.

I noticed two things that I think you might've done by accident, though, although if it's strictly for the aesthetics I guess I can understand. The fountain seems to not be in a correct angle in relation to the main characters, they look flat on the ground like we're seeing them directly in front of us (like they're across the street, for example) but the fountain is tilted in a way that it looks like we're seeing it from almost directly up above it. And the second little thing was that the story told to the poor woman who couldn't feed her children doesn't seem to be given as much space as the other two, making it seem less important, maybe it was because you ran out of space for them due to the water-fountain?

But aside from those two little things I really liked it, I also believe you put up some sort of effect overlay over the above scenes, right? Makes them looks smudgy and stained while also standing out better from the bright clear colours of the characters down bellow as they happily listen to the tale teller once more.

Thanks for the criticism. I really enjoyed the animation but I do apologize that this wallpaper was a bit rushed due to silhouette characters that I will risk in copyright infringement and trying my best to position the fountain if possible but doesn't feel accurate in your perspective which I agree on that. I will have a shit ton of week to do other stuff next week.