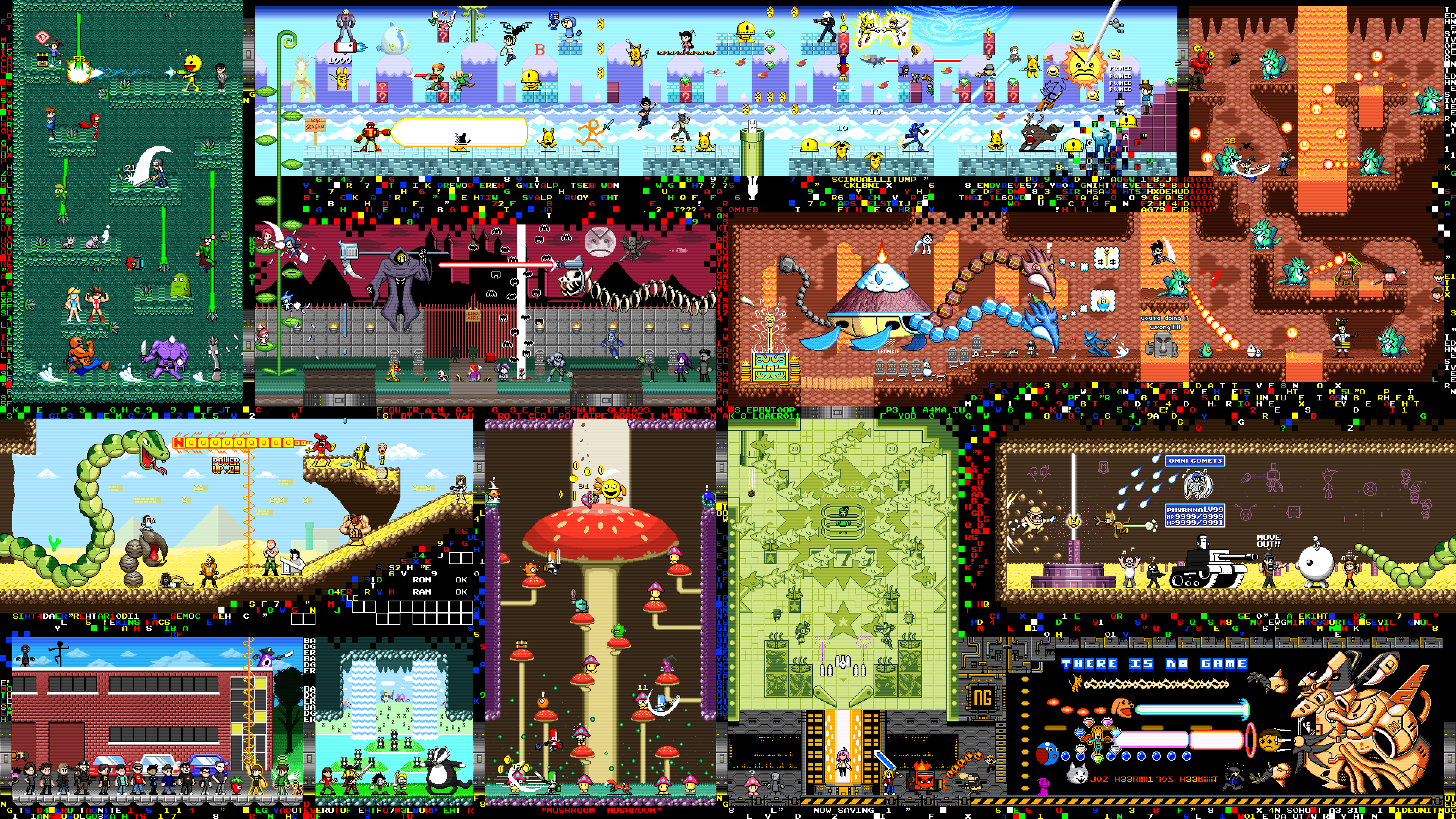 My submission for Pixel Day 2016. Started making this back in October 26 When I heared Real Faction announced Pixel Day by having a agreement with Tom Fulp so this took about
approximately 3-4 weeks due to taking breaks since there are many fan arts I'm making I have
to worry about not relating to this. I have fun making this during my long journey. Enjoy!

And no I don't acknowledge KK!

You never cesse to amaze me

Jeez, a lot of effort went into this, especially since you won one of the best art for pixel day

This is super great!!

Good news: I'm making a sequel to this art before this upcoming pixel day with the same resolution! Stay tuned! ;)

A more loving and inclusive tribute, I have not seen. There must be about 100 NG unique characters and people in this piece. The hallmark of any good creator is attention to detail, and damn man, there are shit-tons of that! Along with that, is how well they're all laid out.. what an incredible feat :O

It's my sincerest hope, that all the people you've represented here, will know about about this, and be in awe of it all.

Thanks for the comment. I do recognize these people but I really missed Drunkmagikoopa who is my favorite NG user back in the days.