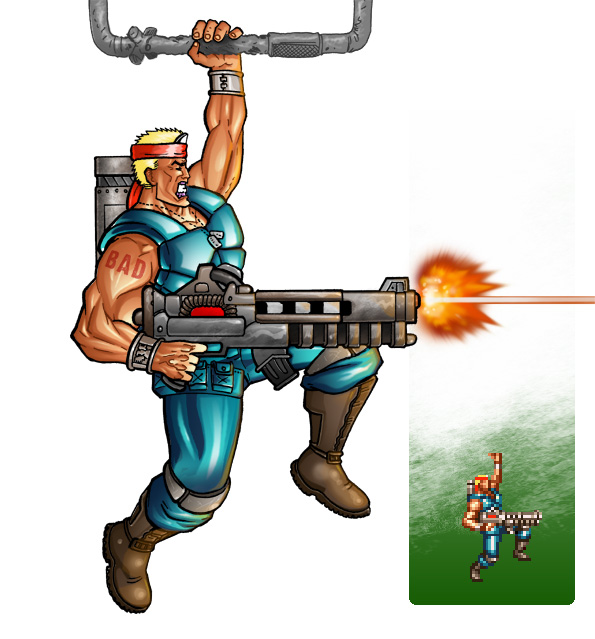 This was for the high-res video game contest. I think the original dude had a badass "I have only done this once before. This is not a Joke" mullet. I wish I had given mine a mullet.
:,(

While I didn't think the first one was great, I think it was still better. I think it's pretty interesting how you took a design that I was not that familiar with. Of course, I don't really remember much about the characters from the game. It's just the first level most people are familiar with. Again, it looks a lot like he would in official artwork. I was going to say official fanart, but that would be an oxymoron.

One thing I don't like are his purple lips. I think it's a tad too feminine. Of course, maybe that's how he supposed to look. It was cool how you showed him firing his gun when he didn't in the picture. It was an improvement from the original.

Contra is so Badass!

He's called jimbo even though its bill!

(Super Probotector alien rebels was the name of the pal version of
Contra III The Alien Wars.)

He's called jimbo even though its bill

..not sure is I see a metal bar in the little pic though...