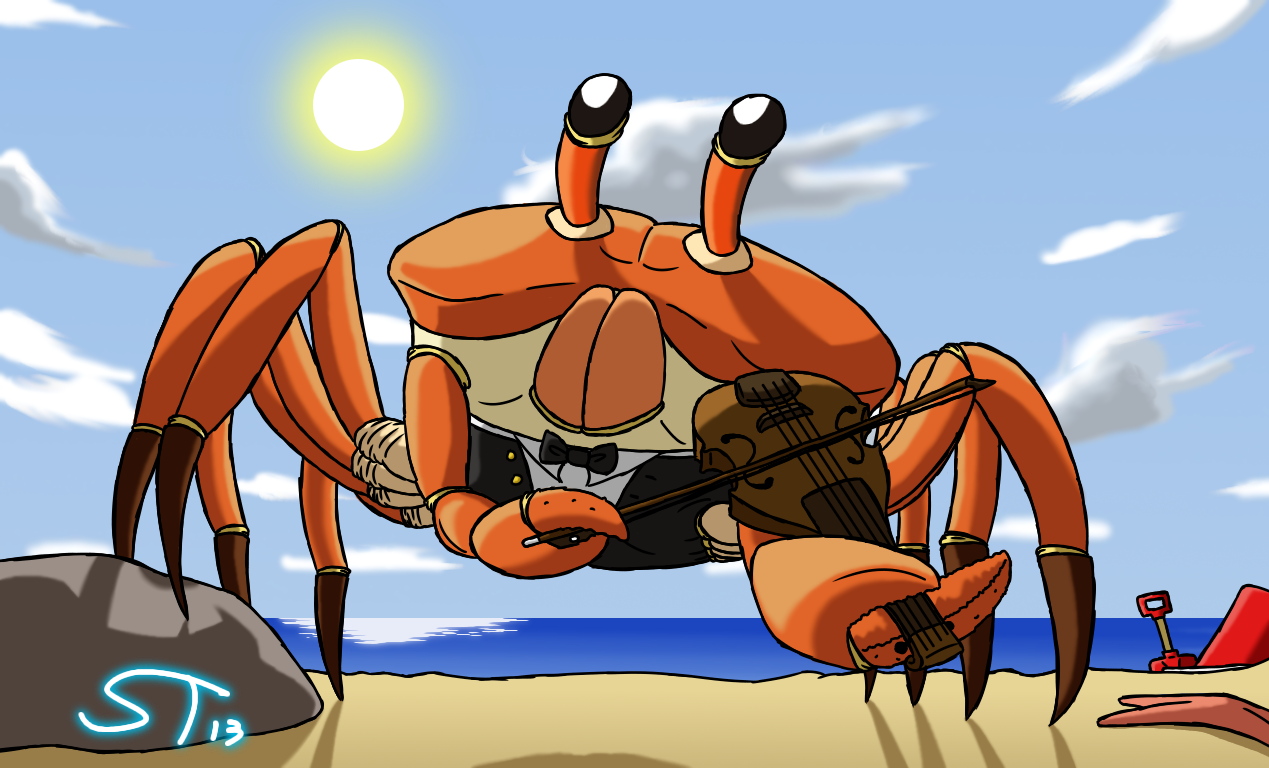 There was once a crab who was the son of a snapper. He was from a long line of snappers who came from a lone hermit who wanted to be more. Despite having a wonderful gift for music, his father wants nothing to do with it, seeing his son as abandoning his heritage. Now alone in this world with nothing but a used tuxedo made surprisingly for a crab, Lil' Gimble is on a rode to not only self discovery, but a quest where he dares go beyond the boundaries of a crustacean; fiddlin' his little fiddle to fiddle the world a song worth fiddlin'.

We're proud to announce a new touching movie of hope, wonder, and music along with drama, comedy, romance, and adventure.

Nominated for 25 Academy awards and recommended in most fisheries, hermits agree it's a snap to enjoy.

Four out of Five seagulls approved, saying the movie was "delicious", "mine", and "wanted more".

Poseidon, Lord of the Seas, remarked, "It swept me away on this current of wonder; I'm soaked from all the tears of joy!"

Black Beard, legendary pirate of the Seven Seas, proclaimed, "Water you wading for? Grab yer first mate and dish out the doubloons for a boatload of treasurable moments!"

Resident predatory shark, Jaws, noted that the dialogue was "a bit of a mouthful, but a delectable treat for the connoisseurs of film".

A manatee with the ability to cognitively speak and understand the English language said it was "a'ight".

And finally, Disney killed off five of their Jewish writers due to not thinking of the idea beforehand. However, despite being convicted of the crime, they still claim it to be "an accident from one of the amusement park rides". The Tower of Terror has been closed down ever since.

I give this a five just because of that story. The art is real nice too.

It's nice an' weird.