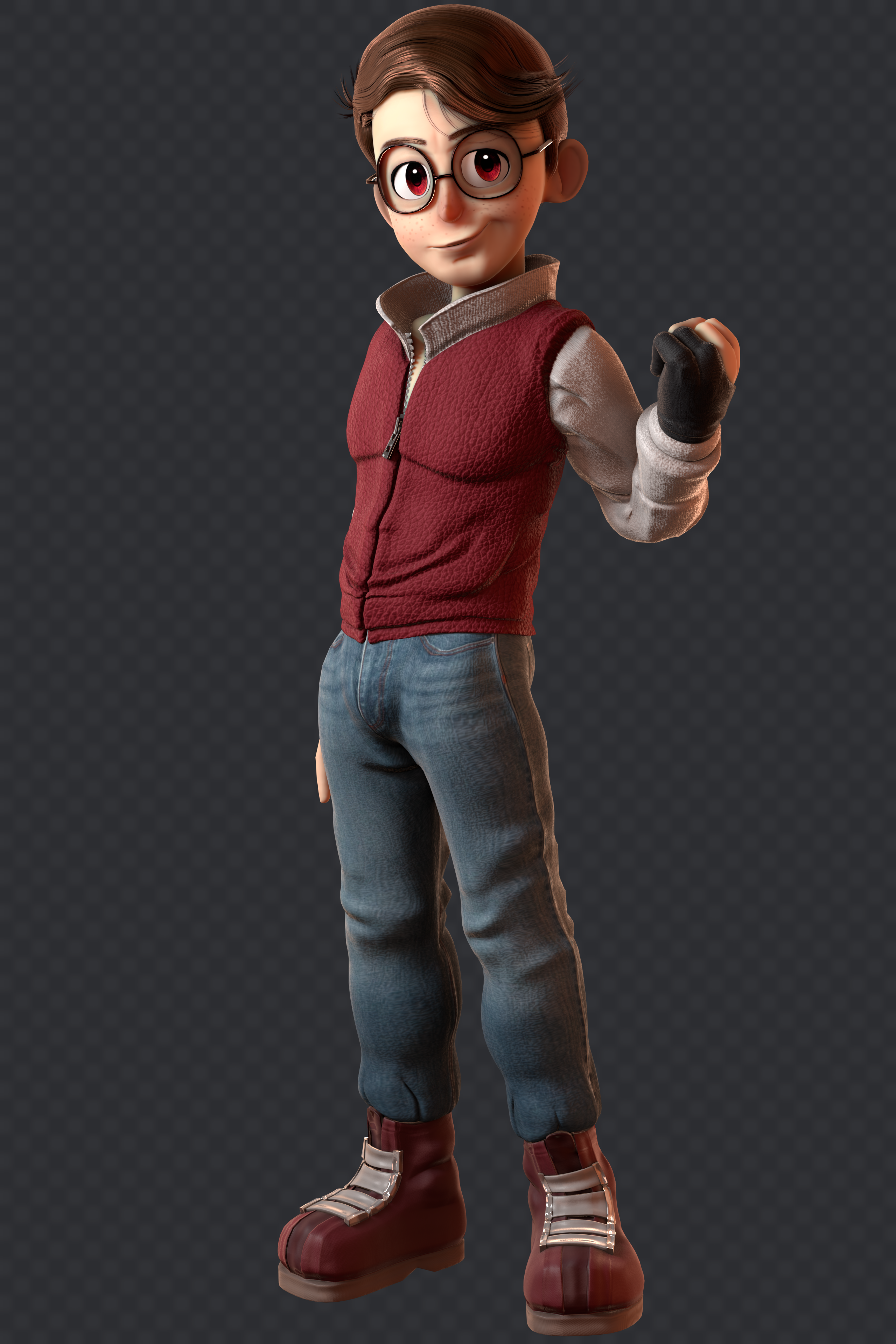 I present to you all my best 3D model so far and the mark of a new modelling season for myself: NicoBros v5.0!

I'll explain to you with a (kinda big) thread about it.

My 1st 3D model in Blender was a self-portrait of myself - I was 14 at the time. But the lil' me didn't liked the model that much because of the fact that I sucked at modelling, so I scrapped the model away. And at that moment, I started procastinating at Blender. At that time I started my YT channel - the old videos were deleted after I rebooted it - And I wanted to make a caricature of myself to use as the channel icon, which then, born the nickname "NicoBros" which was just my Xbox gamertag, but without the "Super" on it and the words "Nico" and "Bros" together.

So, at that moment I started watching Blender tutorials around and taughting myself at how to model it in good o'l Blender 2.79b. I've made a bunch of scrapped models, but I didn't liked any.Then, I discovered The Models Resource.

I downloaded a Luigi model (cuz Luigi was my favorite Mario character, cuz I didn't knew about Waluigi at the time) and learned how to edit the model and then I made myself.

The model sucks at everything, including topology and everything, the poly count is absurd cuz I've subdivided tris. But at that time, I kept playing around with it. Time passed and I started my job with @skymen75, and then after a bunch of time playing around at Blender.

I wanted to get serious on it.

I heavily studied a few of it and did my 1st finished 3D model on zero that wasn't scrapped. NicoBros 3.0 was born. I'm a extreme fan of the Mario RPG game and the artstyle of it, so I thought: "Why not?"

A little later, I started my commissions and then I started doing more different models that I was doing and this time I WASN'T SCRAPPING THEM. I kept them saved and started using them as references and for study in future.

After a while, NicoBros 4.0 was born.

I still use him since he's the most fun 3D model i have to play around, despite the fact there's a few issues here and there. But I like him a bunch.

Time passed and I did the NicoBros 5.0.

Basically, as time passed, I started learning new techniques and did a bunch of new things such as new 3D models. I decided to give myself a final test which was to make a better version of the previous NicoBros model.

Each NicoBros model marks my 3D modelling era with the new techniques I learn as time passes.

That's why I often make models of myself, because it was the 1st thing I did in Blender. It was my 1st step to do 3D art. Every new NicoBros I do model is like I were doing it like the 1st time once again.

And jokes aside - I'm not obsessed with myself, but with NicoBros actually. I created that self-insert in a dark age of time for me, so this character is my comfort zone.

Not only this character, but the ideas and things I've had with my best friends while making him makes me happy.

I'm sorry for the big thread, but that's the reason I do a bunch of self-insert models of myself.

If you don't like yourself, who will? Optimism is cool.

Also, still haven't finished my comms yet. But don't worry, just a few are left now.

Here's all Nicobroses I've did as time passed:

Congrats on the front page! I'm really impressed with the cloth textures. Is any of the cloth simulated or is it baked to a normal map?

baked to a normal map