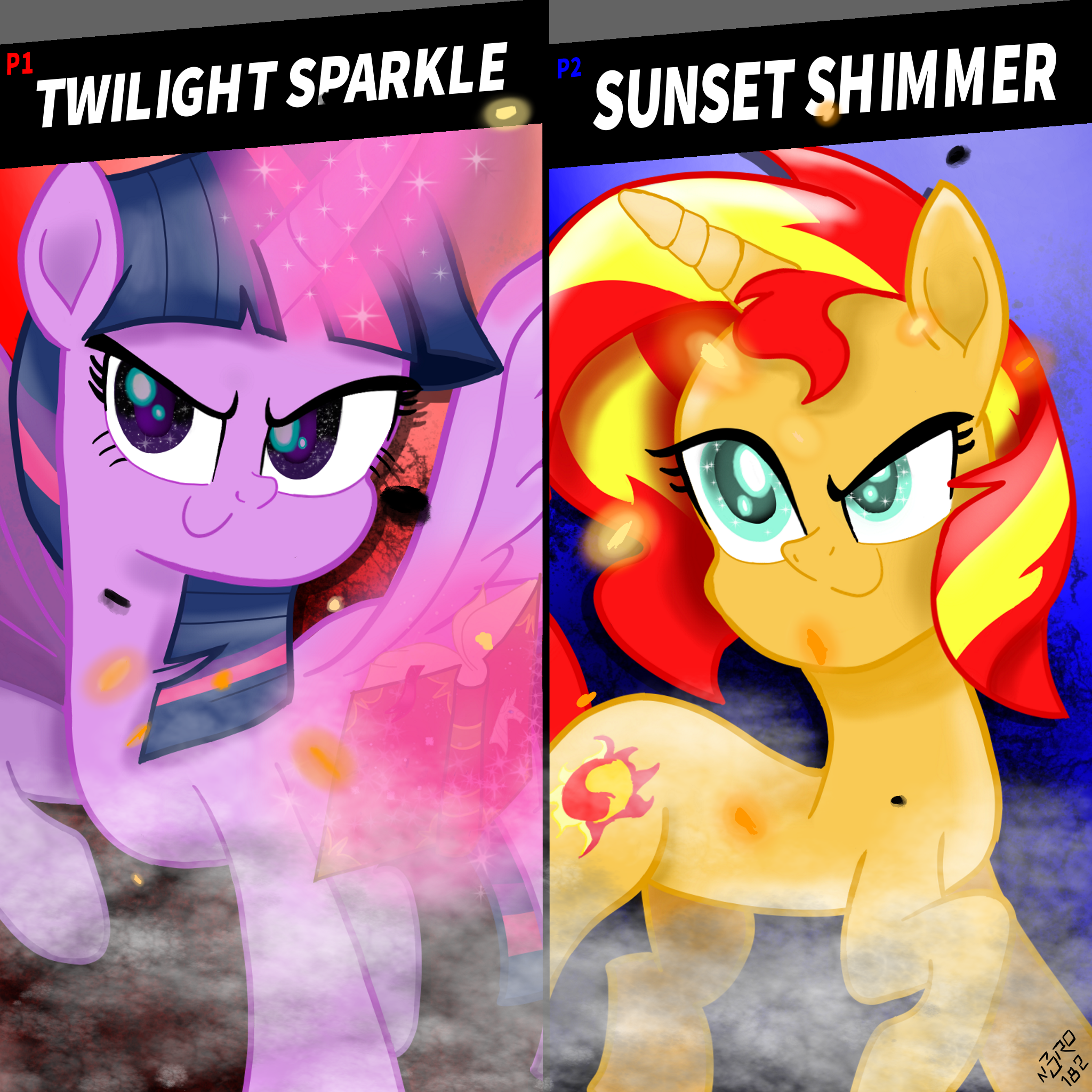 I've took the liberty to make a Smash Bros reference with the VS splash screen before the match starts. It's one of the things I would imagine in a game like Smash, so here's Twilight Sparkle against Sunset Shimmer in a Smash Bros-esque battle.......well, sort of since most fighting games have this screen. I also have this amazing imagination of a cartoon crossover inspired by Smash Bros. called Galaxy Impact X.